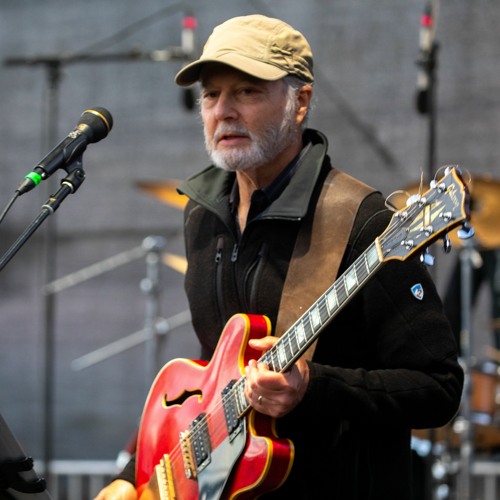 Having spent more than 40 years in the music industry, Dan Zalles shows his skills and experience in his 16-track folk-rock album, “Emotionality”. The LP has spawned six singles showing off his versatility as an artist. More recently, he has followed this album release with a new single, titled “Herding Cats”.

Dan Zalles is a singer-songwriter, multi-instrumentalist, film composer, and educator based in the San Francisco Bay area. He is a self-taught musician, having only ever taken trumpet lessons. He is mostly known for being a part of British Wire Gauge, as well as Wayward Monks, but he now is a part of two bands, Outer Half and Slide Dogs. As a creative person, he has delved into a variety of different things over the years, most notably video production – which explains why he has so many music videos to his songs. His other great passion, besides creating music and videos, is trail running where he claims to run roughly 20 miles a week. He continues to pursue his passions and only recently released a new single, titled “Herding Cats”, and we’re sure that he’ll drop more music this year.

“Every song on Emotionality comes from a different emotional space,” Dan Zalles said of the album. “This album is very right-brained.”

Containing a total of 16 tracks, “Emotionality” by Dan Zalles sees him dip and dive into a variety of different genres including folk, rock, garage-rock, post-rock, classical, and funk. Five of the tracks see him collaborate with Outer Half’s drummer, Doug Marks, which is not unusual as they’ve collaborated together on solo tracks many times before. The guitar is obviously his main instrument of choice – as well as his vocals – as it has a prominent part in almost all of the tracks, fully allowing Dan Zalles to showcase his artistic talent and allow him to experiment with the different facets of rock music as a whole.

A variety of tracks stand out on the album, with “I’m the Guy” opening up the LP perfectly allowing him to make it clear the sort of person he is and introduce any new listeners to his music as a whole. “Email Hell” delves into a more heavy-instrumental rock meanwhile “What Is Home to You” is much folkier than anything else that can be heard on the album. There are a few surprising tracks, such as “Stately Peace” and “Ponder” which are purely classical with no vocals, and while it feels somewhat amiss on the album after hearing the previous tracks, it becomes just something that you should expect from this singer-songwriter and multi-instrumentalist as he creates a unique concept that works as a complete package. Other unique songs come from the likes of “Nice Guys Finish Last” and “You’re Not My Dream Come True” which both have funky experimental vibes with the former siding more on the folkier side whereas the latter has more of a rock side.

This whole album, “Emotionality”, is a surprising 16-track LP that has a lot of experimental rock flowing throughout, with nods to classical, folk, and funk here and there. Dan Zalles impresses and shows off his range of abilities with this full concept, and truly showcases his creativity as a whole.

Listen to our favourite track from the album here:

“Emotionality” by Dan Zalles is available to download and stream, right now, across all platforms.

Let us know what you make of “Emotionality” by Dan Zalles on Twitter @CelebMix.