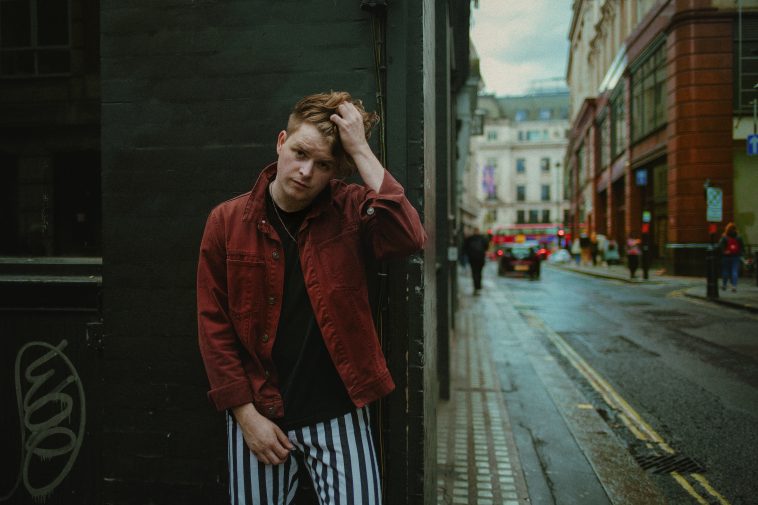 Now, this is a track that is something we totally resonate with, Drew Thomas has stunned us with his unique tone and addictive alternative rock in his latest single, “All My Friends”. This track follows up his previous single, “Daylight”.

Drew Thomas is a singer-songwriter from Nottingham, UK, who has co-written for some of the biggest and current internationally known artists, including Tom Walker, James TW, Ana Shine and Casey Lowry. He has previously been in a variety of groups and bands but decided to go solo in 2018 paving his own career within music. He has been building up his fanbase ever since, with a few tracks going viral and gaining over 50,000 Spotify streams, including “Soho” and “Trying To Be You”, with “Lying on the Concrete” and “Somebody You Needed” following closely behind respectively. He has supported the likes of Kaiser Chiefs, Thomas Headon and Billy Lockett, and has even performed on the stages of the Reading and Leeds Festival, add on the fact that BBC Introducing chose one of his songs for “Track of the Week” on BBC Radio 1, and the future certainly feels bright for Drew Thomas.

Written by Drew Thomas, himself, whilst produced alongside Natt Webb and Charlie Thomas, “All My Friends” delves into the depths of our emotional state as we grow older and watch as the friends we had have gone on to progress in their lives and we feel like we haven’t achieved enough. It’s totally the social media cliché as people only showcase their best moments online. Drew Thomas’ vocal tone is absolute perfection, adding emotion and soul wrapped up in a rock composition that’s got an unforgettable rhythm to it. Lyrically, “All My Friends” has so much passion, determined to make the listener relate whilst expressing exactly how he is feeling, all the while adding a positive spin to it, which we plan to totally embrace – so just get used to it.

“’All My Friends’ is about watching all of your mates starting to build homes, make families and have kids but refusing to settle down yourself. It’s about still having the party lifestyle and getting drunk every night but feeling left behind by the people you used to love,” Drew Thomas said about the track. “To me, it’s also had a deeper meaning the more I’ve played it because, for the LGBTQ+ community, it’s not as simple and straightforward as settling down whenever you want and naturally end up resenting stereotypical relationship culture as a result.”

Stream “All My Friends” by Drew Thomas on Spotify here:

“All My Friends”, by Drew Thomas, is available to download and stream on all platforms right now.

Let us know what you make of “All My Friends” by Drew Thomas on Twitter @CelebMix.