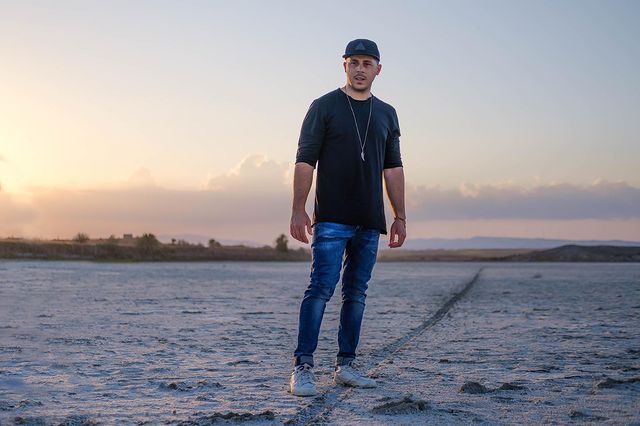 Bringing an unforgettable tune to our ears is KAIS with his incredible new acoustic single “Healing”. This marks his first release of 2022 and leads into his upcoming debut EP, titled Her Majesty’s Window. The release of this acoustic single follows up the rising treasure hit of a single “Spirit City Kiss”.

KAIS, real name Kais Khoury, is a singer-songwriter, multi-instrumentalist and producer from Canada. He has been building up his career over the past few years, taking part in a number of competitions and events since 2014 from Mayor of London’s Big Busk to USA Songwriting Competition, the latter of which he became a finalist in 2017. More recently, he has joined the London Indie sync licencing roster, North Note, and chatted with BBC Radio London host Robert Helms about his 2021 single “Take Me Home”.

Totally written and produced by KAIS, himself, in his studios, Hot Soap Studios, “Healing” is one deeply driven single that certainly has us excited for his EP, Her Majesty’s Window. It’s been mixed by Andreas Matheou and mastered by Brock McFarlane. If his previous releases are anything to go by, we fully expected to see different musical styles infused together in KAIS’s signature sound and this is exactly what we get, with psych-folk twisted with indie-soul in this impassioned acoustic piece. Full of stripped-back acoustic guitar finger-picked notes that dominate the theme of the track. “Healing” rhythmically resonates from within. KAIS’s soulful vocals add passion and flare, truly making it spiritual and blindingly therapeutic.

Stream “Healing” by KAIS below:

Talking about the track, KAIS said: “‘Healing’ is a deep resonance of something that I’ve been feeling for a while with struggles that have leeched at my lifeblood. Life can be messy, exhausting and real – we are all facing the intensity of our struggles in different ways. I wanted to paint that picture in my song with reference to three literally / metaphorically anatomical processes within the reality of struggling itself; Bleeding, Breathing, Healing.”

“Healing” is available to download and stream right now, with his debut EP, Her Majesty’s Window, set to be released on 2 February 2022. Be sure to follow KAIS on Instagram and Facebook to keep up-to-date with everything he’s up to.

Let us know what you made of “Healing” by KAIS on Twitter @CelebMix.