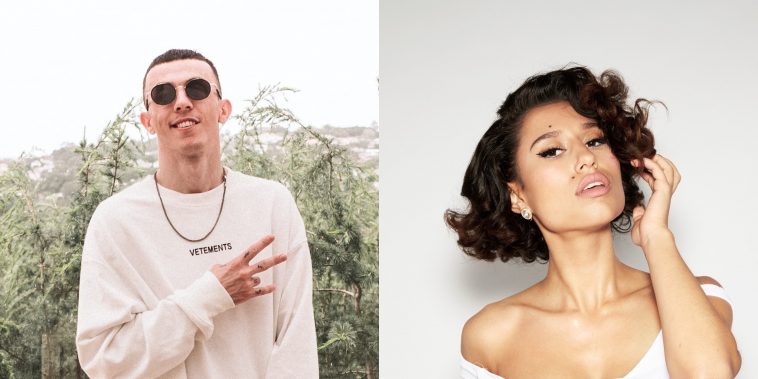 DJ Regard has unveiled the music video for his latest single ‘Secrets’, which features vocals from singer-songwriter RAYE.

Directed by Harry Lindley, the visual for ‘Secrets’ is an action packed nighttime offering, with Regard veering through the streets on a motorbike whilst RAYE performs the song on various television screens.

The slick video is perfectly suited to the club-ready track, and it will no doubt help it continue the track’s growing success over the coming weeks and months.

Watch the epic music video for ‘Secrets’ below.

Since its release, ‘Secrets’ has already climbed its way to number eight on the UK Singles Chart, marking both Regard and RAYE’s second top ten hit. The track has also amassed over 34 million streams on Spotify and continues to gain momentum across the world.

A garden acoustic version of the song was also recently released, with RAYE performing a gorgeous stripped back version of the hit outdoors. It definitely gives the song a whole new edge and we’re completely in love with it. Check it out below.

‘Secrets’ is the follow up to Regard’s global smash ‘Ride It’, which is a remix of the 2008 track by Jay Sean. His version of ‘Ride It’ went viral on video platform TikTok, with over six million videos being created using the song.

This led to global success for Regard, amassing over a billion streams across platforms, and peaking at number two on the UK singles chart. Furthermore, the track continues to be a huge hit well over a year after it was first released, cementing its longevity as a track which has had a phenomenal impact on the music industry.

What do you think of the video for ‘Secrets’? Let us know your thoughts on DJ Regard and RAYE’s collaboration on Twitter @CelebMix