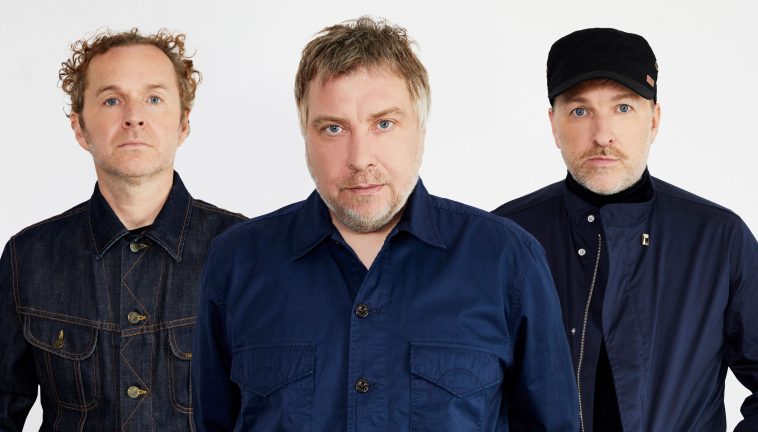 Doves ended their extended hiatus last year when they reunited for the Teenage Cancer Trust concert at the Royal Albert Hall in London.

Two months ago, the band released the single ‘Carousels’ which was their first new music in eleven years. Weeks later, they released the track ‘Prisoners’ along with the announcement that their new album ‘The Universal Want’- their first since 2009’s ‘Kingdom Of Rust’- would be released on the 11th September.

We decided to pick up the phone and have a chat with the band’s drummer and songwriter Andy Williams for an insight into the new record.

You started writing together a few years back but without any real direction. When did it dawn on you that ‘The Universal Want’ was being written?

In 2017, we did a re-group that we had been talking about for a year or so. We didn’t have any view of making an album or anything but I guess we were missing each other’s company. We got to writing and about early 2018 we were like, ‘yeah, we’ve got an album in us here’. We were about three or four songs in when we realised that we definitely had more to offer. We were listening back thinking, ‘that sounds great’. We didn’t tell anyone for a couple of years and just kept it our kind of secret, which was nice I suppose. It meant that there was no pressure.

Given the eleven-year break, are you phased at all by the expectations that people might have of the album?

I think you get in a dangerous place if you try to replicate what you did before. The music has to come from within yourself. We have second-guessed stuff in the past, especially in our previous band Sub Sub. We tried to follow that expectation and it just went horribly wrong. Obviously we want to connect with people and for them to love the music, but we don’t second-guess what people expect of us anymore.

I guess that makes it more of a gratifying writing process. You are writing music that you guys enjoy, and then other people liking it just becomes a by-product of that.

Totally. Many years ago we used to get people saying stuff like ‘this isn’t a doves song’ and we used to beat ourselves up about it. In the end, we’ve written it, and so it is Doves. We try to embrace that a lot more now.

You have announced an album tour for March and April next year. Do you think touring will be a shock to the system after all this time?

(Laughs) Yeah, I mean obviously the current situation that we are all in at the moment is a bit uncertain but I can’t wait to get back out there. I’ve really missed it. I’ll have to get a bit fitter for it but I’m kind of relishing that. We’ve done so much touring in our career so I think we’ll slip back into it quite easily. I look at the number of tour dates sometimes and think, ‘crikey’. But I’m looking forward to it. I’ve missed going to gigs myself and meeting people which I think is really important for people’s mental health right now. I think a lot of us are missing that important part of the puzzle. Obviously we’ve got to be safe but I think in society live music and live events are crucial.

The current situation is definitely having a disastrous impact on the live music industry with many smaller venues facing permanent closure. What are your thoughts on this?

These smaller venues are the lifeblood of the industry. At some point, every band has had to go through them to get to the bigger ones. They are such an important part of the community and if they close, then a massive part of British culture is going to be knackered.

Is there a plan B if the current situation prevents the tour from going ahead?

Not at the moment. We are just hoping and praying that we can crack on with this tour in March and April. If we are unable to go ahead with it, then it will just have to be re-scheduled. But we are hoping that won’t be the case.

What are some of your proudest moments on the album?

Yeah, there were a couple of moments in the studio when we were playing things back and thinking, ‘this sounds great’. There’s a lot of playing on this album. Some of the songs on our previous records have been like a patchwork quilt, you know, just putting stuff together. On this record, there’s quite a lot of live playing and it was good to see that the chemistry between us was still there which is something that I think all of us in the band cherish. There were some moments in the studio where there was a really good buzz.

In the early stages, you were writing the album in the Peak District. Do you find that location is an important factor when it comes to writing music?

Very important. I think it helps to change your location because although it’s nice to have a home studio set up things tend to get stale after a while. Moving around is something that we have always done and is something that can really invigorate you. It’s easy to get stuck in a rut creatively and I think that changing up your environment can have quite an effect.

I guess it allows you to get a different perspective on things as well.

Yeah, I mean it depends on how things are going. If you are on a creative flow then, great. But if you hit a wall, which we all do at times, then changing it up and going somewhere else can just free your mind up a bit.

The industrial style visual for the album’s lead single ‘Carousels’ is very different from any of the music videos that you have done before. What is the story here?

When we came around to doing the video for it, we were talking about things like buildings, and our manager Dave put some stills together with stuff like wind farms. I’ve got a bit of an interest in Brutalist architecture and so when it came to seeing the stills that had been put together, I felt like they had a certain quality to them.

The song is called Carousels, and so I suppose the obvious thing to have done would have been to go down the fairground route, but the juxtaposition of having all of this Brutalist architecture and then a song about fairgrounds just worked for us.

The label helped us source a director in Manchester called Yoni Weisberg and when we saw his ideas we were like, ‘yeah, this could really work’. We can’t really take any credit for it because Yoni and his team did an amazing job and worked tirelessly on it for months. Sometimes you don’t get lucky with videos but on that one, we got really lucky.

‘Prisoners’ is one of my favourite tracks on the album. Are the lyrics directed at a particular person? Or are you addressing society as a whole?

It would say it’s about addressing yourself. It’s interesting because it was written well before the lockdown but it kind of has resonance now. You can be a prisoner in your own mind sometimes with repeated behaviour and making those same mistakes and I guess the song just tries to offer a bit of hope. We’re quite hopeful people on the whole so I guess with our lyrics and our music we try and offer that hope to other people.

The album’s cover art is a photograph that was taken by London-based, Finnish photographer Maria Lax and features in her photobook ‘Some Kind Of Heavenly Fire’. What was it about this particular image that stood out to you?

I saw some of her pictures in The Guardian and sent them to the others. I didn’t send them with any suggestion that they could be used for the album, but because we are all interested in photography. Then for mine and Jez’s 50th birthday, Jimi bought each of us a copy of her book and it was just something in the quality of her pictures that really connected with us. They kind of had that sense of isolation and they sort of reminded us of the painter Edward Hopper- whose work is worth having a look at if you haven’t already- because there is definitely a similar feel. A sense of isolation, beauty, and other-worldliness, which for us really fitted with the music on the record and what we were trying to say.

And the album’s title. What does it mean?

It’s the idea of always continuously wanting something and never being satisfied with what you’ve got. For example, buying the new laptop that has just come out and yeah at first there is that initial buzz, but then you realise that you are no happier with it than you were without it. It’s about always looking over the wall and thinking that if I can get to that place then I’m going to be happier, and then most of the time when you get to that place, your not.

So ultimately, what sort of feelings are you hoping that people get when they listen to the record?

Hopefully, in this current situation, it just gives people a feeling of enjoyment. That’s all I can wish for.

‘The Universal Want’ will be released via EMI on the 11th September. Pre-order the album here.

Get the latest from Doves by following the band on social media: