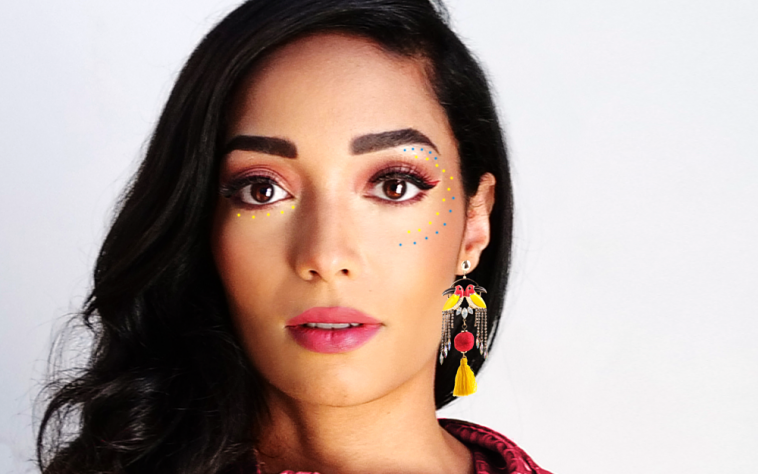 Dovley is an “artist-preneur”. She is a recording artist, very passionate and hands-on in every aspect of running her own record label from the business side as well as the creative process. “I’ve always been the vocalist, songwriter, musician, music producer, and sound engineer,” Dovley tells CelebMix. “I love combining organic instrumentation with electronic sounds.”

Dovley is the type of artist that has a strong vision and enjoys working both behind the scenes and in front of the camera. 2021 has been a transformative year for Dovley. As 2020 was rough, but she came out stronger and more motivated than ever. To say Dovley is excited to be putting out new music and sharing those experiences with the world would be an understatement.

Music has always been Dovley’s first love. When she was a kid, she used to just sit by herself playing the piano and singing for hours on end. To this day, singing and writing still takes Dovley back to that magical place where nothing else matters but the raw emotion only music can create. Dovley also expresses himself with other forms of media including directing her music videos. When Dovley first creates a song, she also thinks of the visuals and imagines the whole thing. Then as a director, Dovley switches hats and listens to the song as if she didn’t write it to come up with a concept that pushes the music to a limitless place.

“It feels amazing to finally release ‘Wanderlust'”, Dovley expresses on the release of her new song. “Meaku and I have been keeping it in our back pocket for quite some time. We came together to write and record this song a while back and we actually wanted to put it out last summer.”

Unfortunately, Covid 19 hit close to home for me when my mom was hospitalized which led to putting off the release. Thankfully, mom made a full recovery.

‘Wanderlust’ is about that feeling you get when you want to get out of your comfort zone with that special person and explore new things. During the pandemic, the entire world was cooped up inside and Dovley wanted to explore that element, whilst touching on the nothing of people having some wanderlust for new experiences.

Originally, the song was about having a wanderlust to learn new things about someone, but as it evolved, the song became more about having a wanderlust to travel: “So far in 2021, I’ve traveled to 4 different countries outside the USA and I hope to travel more before the end of the year, Dovley says. “After a crazy 2020, I’ve learned that life is short and that you should really push yourself to see new things more often. This is a big world and there’s so much more I can’t wait to see and do.”

For this song, it was a little different than most of Dovley’s other songs. First off, this was a collaboration compared to a lot of her other music which she composed and recorded by herself.

“When Meaku and I first got together to write, it started on piano,” Dovley reveals on the initial creative process. “I began playing different chord progressions until we found something that felt good. Then right away he came up with the melody for the verse. We bounced around some lyric ideas and then came up with a chorus melody and the rest just flowed.”

After we had a basic outline for the song, I started making the track then the arrangements just came together naturally. It has been the easiest collab I’ve ever done.

Working with Meaku for Dovley wasn’t new ground though, as the two of them have been friends for years. In fact, they first met at a studio in Los Angeles 10 years ago and immediately vibed: “He’s also a producer and songwriter and we share a lot of the same values,” Dovley emphasises on their friendship. “I’ve always had so much respect for who he is as a person and an artist. He’s crazy talented and just a genuinely great person.”

“My life definitely helped influence the creation of the song,” Dovley continues. “I remember when we were first writing Wanderlust looking out the window thinking about all the places I wanted to see with my boyfriend. Meaku and I even talked about going on a double date and bringing our significant others to a ranch in California to go four-wheeling.”

When Dovley was working on the production, she wanted the song to feel like the perfect soundtrack for a road trip. Hopefully, that comes across!

With this song, Dovley would like listeners to play this song and finally plan that trip they’ve been talking about for years, “I want listeners to put Wanderlust on repeat and feel happy, relaxed and ready to explore everything that life has to offer,” Dovley adds.

Coming up next, Dovley is planning on releasing a few other songs and music videos before the end of the year that chronicle this next chapter of her life… as a new mother! Surprise!