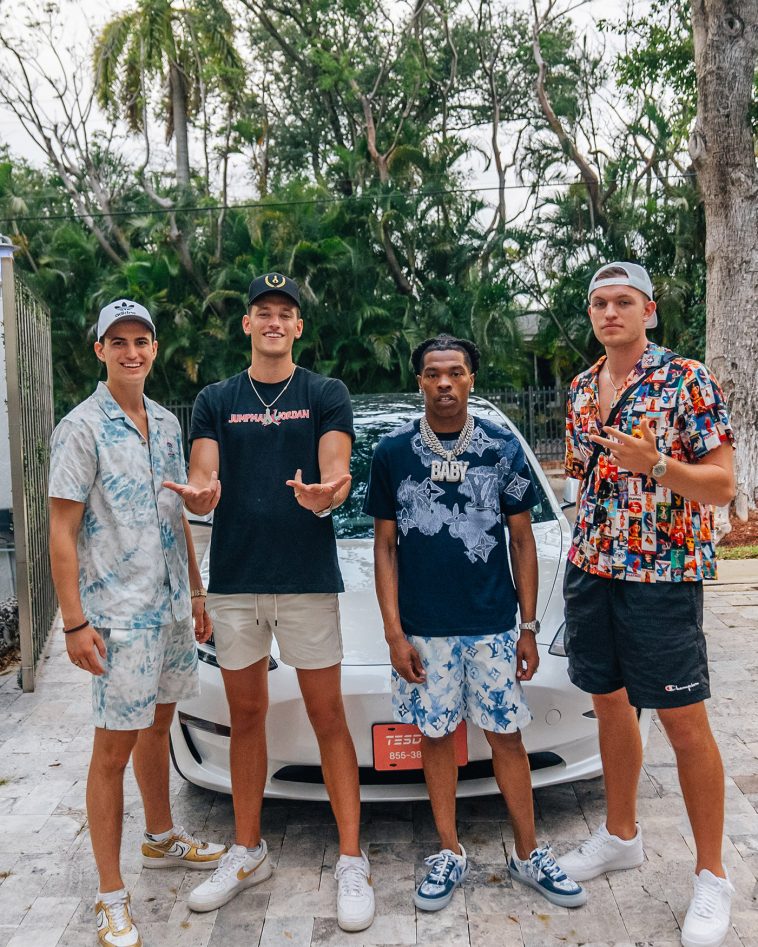 Tesla is one of the most sought after luxury cars in the world. In a recent survey conducted by US Analytics company Escalent from 2020 to 2021, it was revealed that most people want to own and drive a Tesla due to its unique design, cool styling, and performance. Some even cite wanting a Tesla due to owner Elon Musk. But whatever the reason may be, no one could ever say no to getting a Tesla for free.

HighKey Clout and LilBaby Give Away A Tesla

Why did HighKey and Lil Baby give away a Tesla? Well, it’s simple. Instagram giveaways are the specialty of HighKey Clout as the leading celebrity management company in the world. Brothers Jordan, Luke, and Jackson have been running celebrity giveaways on Instagram since 2019 after the success of their first two business ventures, HighKey Technology and HighKey Agency. Their experience with HighKey Agency, as a full-press online brand management company, caused them to dive deeper into social media marketing, and they came up with the idea of organizing celebrity giveaways.

What HighKey does is tap famous celebrities with a huge following on Instagram to help promote their giveaways to their respective followers. Then, the company sells slots in their following list to brands and companies that need to boost their online presence. Anyone who wishes to enter the giveaway only needs to follow @highkeyclout and everyone that HighKey Clout is following on Instagram. Past winners have won amazing prizes like $10,000, high-end gadgets, and even luxury vehicles.

The Lintz brothers knew they struck gold with this marketing method since it provides so much value to everyone involved. Celebrities are paid handsomely for promoting HighKey’s giveaways. Clients who secure their slots in HighKey Clout’s following list surely get a huge bump in their online presence, while those who participate in the giveaways get an excellent chance of winning such cool prizes at a very low risk.

Over the years, HighKey Clout has partnered up with several big names in the entertainment industry. Some of them include Bella Thorne, Lil Pump, DaBaby, and Trippie Redd. The influencer management firm has also given away more than $350,000 in cash to the lucky winners of their various giveaways.

Lil Baby’s Giveaway
Lil Baby and HighKey Clout once again went all in with an explosive giveaway. The American rapper, who has amassed almost 16 million followers on Instagram, in partnership with HighKey Clout have sponsored a Tesla to one lucky person. While you might have missed this amazing giveaway, don’t worry. Simply follow @highkeyclout to stay updated with their latest giveaways. Who knows? They might giveaway another Tesla very soon.