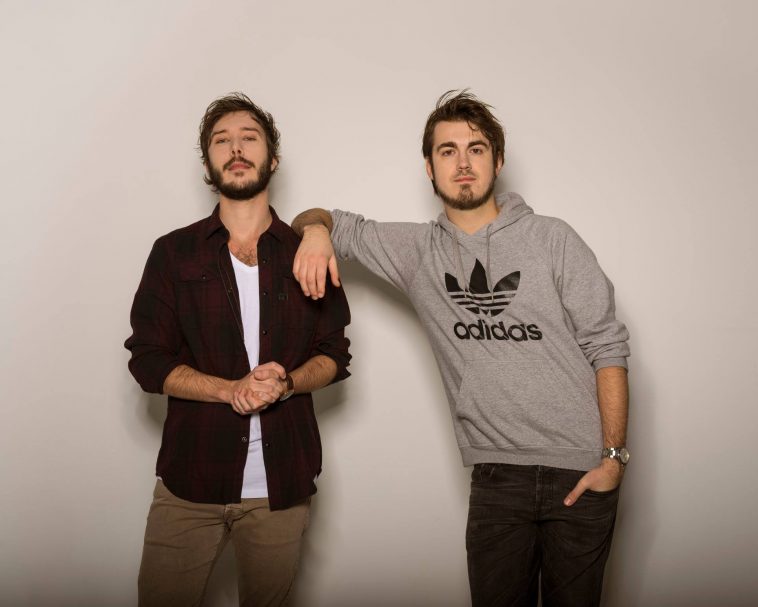 Dutch electronic duo, Vicetone continue their summer sprint with a brand new single “Always Running.” Following their 2021 album ‘Legacy’ which earned over 50 million streams, Vicetone currently is on their biggest tour in years, playing headline shows across Asia and the US.

“Always Running,” unlike their usual bubbly, commercial dance sound, is laid down on an r&b-style topline over arp synths and a moody bassline. The track is a nod to their lifestyle, both as musicians on the road and fitness aficionados. In the lead-up to the release, fans will be encouraged to share their own running routines and in certain cities, join the guys on pre-show runs.

Vicetone shares, “This record feels like a refreshing mix of nostalgic and new Vicetone sounds, and we hope our fans will love it as much as we do.”

Since forming in 2012, Vicetone have brought both sophisticated musicality and untamed imagination to all of their output. Musicians/producers Ruben den Boer and Victor Pool craft every song with a profound attention to detail, creating an emotionally charged brand of dance music that’s led them to amass over one billion combined streams across all platforms to date, and brought them global notoriety.

In all of their material, Vicetone taps into the creative chemistry they discovered upon writing their first track together in college. Bound by a passion for groundbreaking dance music, the duo made their debut with 2012’s “Harmony” and promptly began landing gigs around Europe, eventually bringing their exhilarating live show to festivals around the world. As their global following grew exponentially, Vicetone soon took North America and Asia by storm.

Recent successes include their 2019 single “Something Strange”, a #1 hit on SiriusXM’s BPM channel, and a viral hit with “Astronomia”, the track that soundtracked a global Tik Tok meme, quickly amassing over one million combined daily streams. Currently at over 290 million streams on Spotify the record is certified Gold in France & Germany while also reaching Platinum in Norway, Sweden and Finland. It was also top 10 on Spotify’s Global Viral Top 50 and the 2nd most Shazamed song worldwide. Delivering their most sonically ambitious body of work yet, Vicetone released their debut album “Legacy” on April 2nd, 2021.

Let us know what you think of Vicetone‘s new single “Always Running” on @CelebMix!