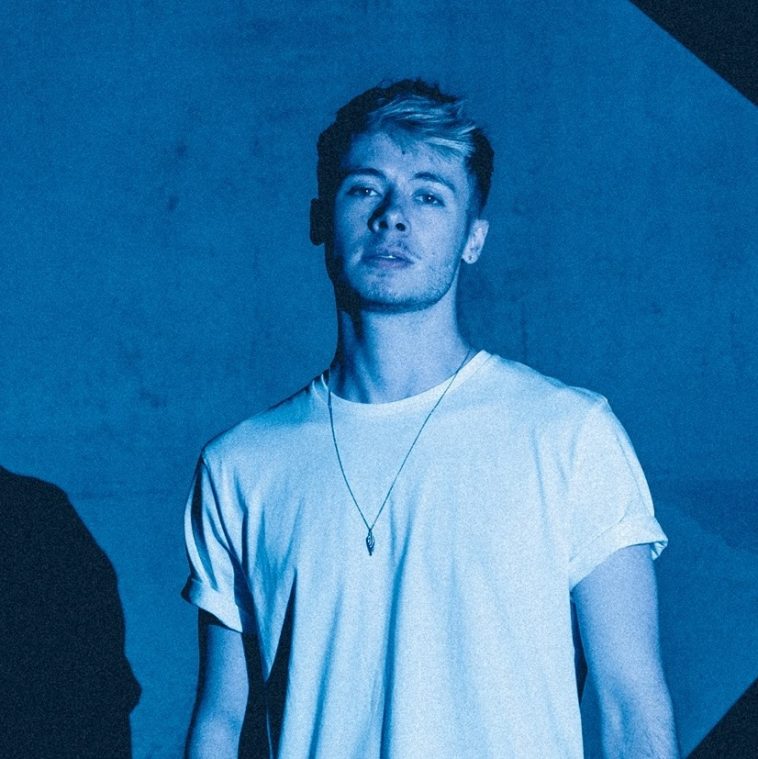 Ellis is a producer, writer, musician and DJ based in London. He grew up playing his bass guitar and wanted to learn how to write songs, so he turned to producing to get ideas down. “Recently I’ve been incorporating a lot of live instruments into my music, and trying to combine my musical inspirations from early 2000s, and sonic inspirations from the modern day,” Ellis tells CelebMix. “My name is quite simply my first name as I was too lazy to think of another one!”

Ellis got the inspiration for this song watching the iconic 2000s film ‘Requiem for a Dream’. “I just love the art of the movie and it’s message of the dark side of addiction,” he explains. “This inspired me and my friend Sam to write the topline around this theme on top of some very eerie chords that I had lying around.”

Although, in terms of the production, Ellis really wanted to create something that was almost like a full length version of the intro track (“Caught In The Rays”) from his EP.

Ellis had the original demo for this song – including the instrumentals – already set out. However, after watching the movie, that made his think “ooo, I should write something to that instrumental I have lying around!” From there, he became obsessed with all of the movie’s imagery surrounding it and that made hin think of the artwork, lyrics, and the rest of it that followed.

The creative aspect for this song began for Ellis by creating the demo, which was solely instrumental, “I remember hearing this tune by Air called “Alone In Kyoto” where they had this repeating motif which doesn’t really change throughout, but the chords underneath do, which creates this really interesting progression in the track,” he reveals. “I started with the verse melody and I remember playing around with chords underneath that, then I landed on the chord progression which I instantly fell in love with.”

It kind of gives me Radiohead vibes. Once I’d got the drop I was a bit stuck on where to take the song, whether it could be more of a DJ tool or more of a ‘song’.

“The final piece to the pie was the topline which completely transformed the track,” Ellis continues on the creation of his song. “I ended up stripping back the production and taking away a lot of elements to let the vocal breath.”

That aforementioned notion is something Ellis struggles with because he has an emotional attachment to every element in his song.

Ellis began this song during lockdown and was pretty much stuck in his room whilst producing the instrumental, “I’d say just stumbling across the film itself had a large inspiration to the final product,” Ellis says. “In terms of musicality, I would say the chords on the melody and vibe are completely authentic to me, I just love this sort of sound.”

With this song, Ellis would really like for it to be perceived as an open ended song. It doesn’t necessarily have to be about the addiction of drugs, it can be about an addiction of anything and everything. As Ellis puts it, “For example being addicted to your phone, caffeine, bad food, gambling, etc. hence the lyric ‘we’ve all been here before’. I want this to be a relatable song.”

Now that his newest song is out, Ellis can move on to other projects. In fact, Ellis is actually working on a lot of music for other people, “I’m finding it really creatively refreshing to have a new perspective on making music,” Ellis tells CelebMix. “It’s making me enjoy creating my own music a lot more in the background and I’m hoping to release more in the coming months.”

2021 is the year Ellis is really hoping to finish up a bunch of songs he is really excited about. “Each track I’m making right now, I’m trying to make even quirkier and weirder, but also keep it in a listenable lane at the same time,” Ellis asserts about his 2021 prospects. “I can’t wait for things to open up and meet all my music friends again!”