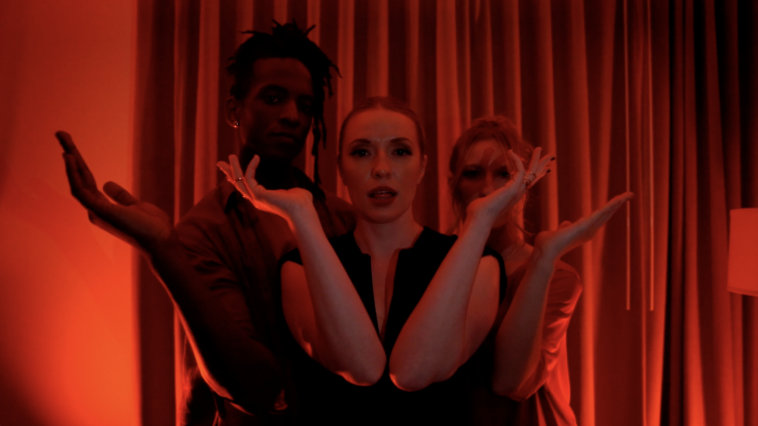 Indie poptronic artist Emily Henry has just released all new visuals for her riveting new single “The Sound.” Best known for her unique brand of electro pop, the songwriter has released a string of sizzling singles this year and has made a name for herself as a rising Twitch influencer. “The Sound” is off of her upcoming album set for release later this year.

In “The Sound,” Emily narrates a tale about “taking joy where you can find it.” In a time filled with uncertainty and surprises, the songwriter has an important message on how to remain happy in unparalleled times. The song itself is full of  dynamic elements and brimming with charisma. Snapping beats, flowing vocals, and an intoxicating rhythm are just some of the highlights that bring life to the song. In the accompanying music video, Emily confides it “imagines a spy awaiting a message in her hotel room, wrestling with paranoia and self-doubt about her chosen line of work. Her complicated emotions are physically represented throughout the video by dancers Cat Gloria and Ian Edwards.” The video features shades of red, provocative dancing, and a layer of mystery that further adds to the song’s exploratory nature.

Emily Henry is a DC born and bred artist who takes inspiration from legendary female songwriters such as Joni Mitchell and popular up and coming pop acts including Sylvan Esso. Taking to music at an early age, the talented singer/songwriter found her muse through reading, storytelling and fantasy, which is relevant in all of her songs. She is often seen performing on her Twitch channel to fans from around the globe.

Check out Emily Henry’s new video for “The Sound” here and don’t forget to tweet @celebmix your favorite part.