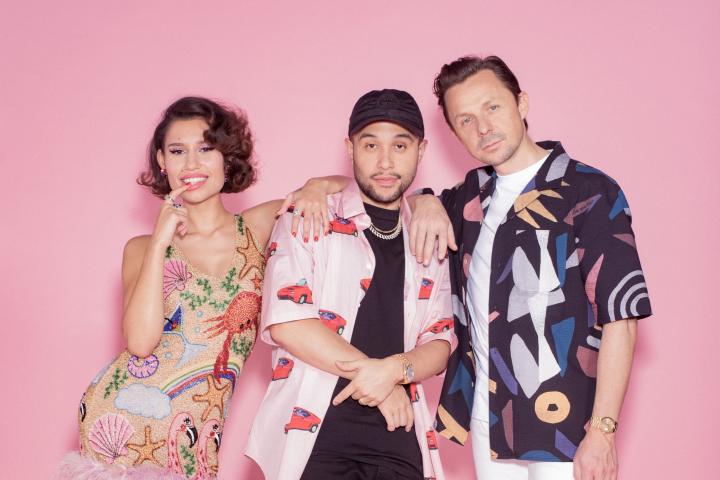 Jax Jones and Martin Solveig have reunited for another Europa release and this time they’ve joined forces with longtime friend and collaborator RAYE.

Their new track ‘Tequila’ is an infectious offering which is destined to set dance floors alight around the world. Led by RAYE’s distinct vocals, the track also features a heavy bass line and hypnotic sax melody throughout, creating a hard hitting yet irresistible sound.

Speaking about the track, Jax said: “I like to make music that makes people happy and dance. So to achieve that I try to make the studio a fun environment. Cos if we aren’t dancing the song is probably shit. Often I’ll use Tequila as a replacement for coffee to break the ice and loosen up the vibe a bit. Raye and I did the same when we wrote the song “You Don’t Know Me” – We had a such a fun time that day and it started a beautiful family style friendship I have with all my collaborators.

“This time round I must admit the Tequila was flowing a bit more so we ended up writing a song about it. Which I love btw. It’s very natural and echo’s how Martin, Raye and I felt at the time. So for me this song represents good times with my friends, not taking yourself too seriously, memorable nights out and tacos. LFG BABY”

‘Tequila’ has been teamed up with a hilarious music video which sees the trio become 80’s game show hosts. Check it out below.

Jax is about to embark on his Jax Jones Live and Friends UK tour, and he will be joined by both Martin and RAYE for the London date at O2 Academy Brixton on March 14.

Check out a full list of Jax’s tour dates here.