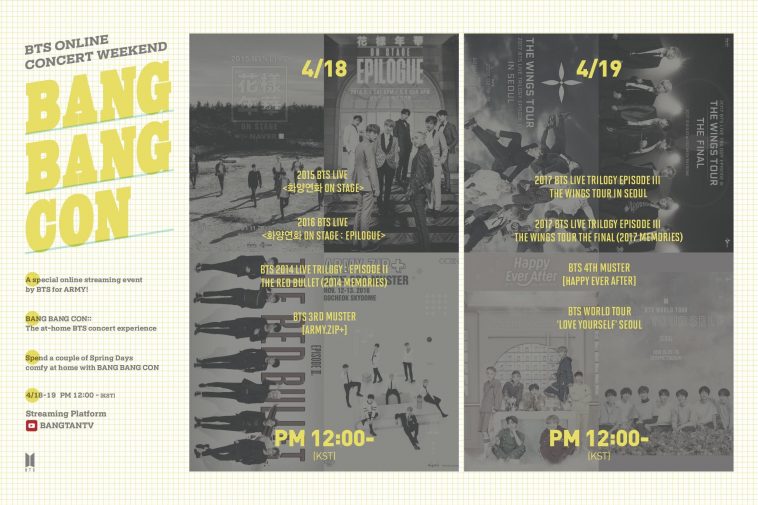 BTS has announced an online concert weekend designed to keep fans entertained and in high spirits as the world continues to battle the ongoing COVID-19 coronavirus.

BANG BANG CON has been designed to allow fans to enjoy the group’s previous concerts from the comfort of their own home, in a weekend-long streaming event consisting of eight parts.

It will be free to view and take place next weekend, from April 18 to April 19, beginning at 4AM BST (12PM KST) via the BANGTANTV YouTube channel.

If you’ve got an ARMY BOMB, you can access a new system and connect to the Weverse app, with colours changing throughout the event so you can feel as though you were actually at the concert venue.

Are you looking forward to BANG BANG CON? Let us know on Twitter @CelebMix and check back soon for more.