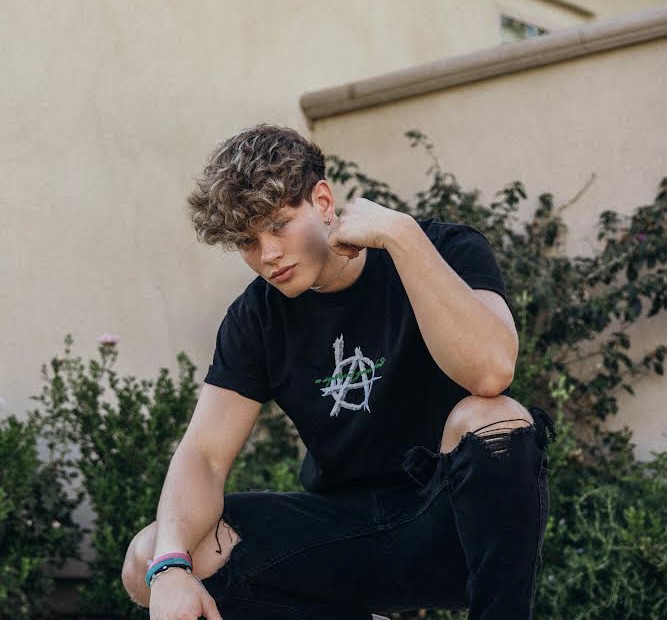 With TikTok becoming a world phenomena during the pandemic, so has new influencers, including Addison Rae, Noah Beck, Dixie and Charli Damelio and more! Breezy Boys, a new content house that started not too long ago, are on a mission to become the next big content house. We chatted with Ace Akers, member of Breezy Boys, about social media and TikTok’s future.

How did you get into social media?

The pandemic is kind of what got me into it, to be honest. I grew up playing basketball, baseball, football. I was an athlete and I was actually going to college to play baseball. Then I went and started doing social media when COVID hit. It was just one of those things. I was at home and I wanted to do something and started doing social media and I just did it for fun. At first, I just made fun videos with my friends. Then I kind of took it to a different level. I just decided to put a lot more effort into it. That’s when I was like, okay, there’s something here. I started to make more money with it going live and I was like, there’s something like behind this that I could work with.

I’ve always been the type of guy to be different and where I’m from, not a lot of people did social media. Obviously, I was always trying to find ways to make money. I would go around asking people to mow their lawns.

Do you remember your first video that you posted? Or was it a photo?

Was it you trying to be an influencer or more just a fun post?

No, that was just for the fun, like, I was just going to throw it up, you know, just for the heck of it, then I posted another one. Then I started to post actual content. Me and my friend, we were like jumping around or something. It was some weird video and it got roughly 6 million views. I realized that was a crazy amount. So, then I was like, I’m going to start actually posting on here. Hopefully like maybe something comes about, and then everyone started, saying stuff about me in the comments now. Then I started following creators and I started getting more ideas from them. Then from there on I just built up from there.

You mentioned Florida. There are a lot of influences in Florida. Do you find LA and Miami, Florida are similar cities when it comes to influencers?

Yeah, they are similar. I mean, LA blows it (Florida) out of the water. Like there’s so, so many more here, but Florida does have a lot, especially compared to Missouri, Missouri does not have hardly any at all. I didn’t know of any, to be honest, where I was from, there was no collabing, there was nothing. I didn’t know anyone from there. It was just me and then a buddy of mine. So that’s literally it. Yeah. Cause it was like Conner Lee. Those are first guys I met on social media, we kind of like started doing it together and, and yeah, that’s kind of how we all started together.

When did you first realize that moving to LA was like the right move for you?

Right before college. Cause I actually, so it’s a funny story. I actually had like a really good scholarship to go play D1 baseball, I was debating between that or doing social media and my coach wasn’t on board with the whole social media thing.

I would have fans coming to the games and it was just a big thing. So, I was just like, I’m just going to do social media and right then, and there, I was like, since I’m going to just do social media, this is the time for me to actually take it to the next level and move out there, do something. And so, then I decided to move to LA and, and that’s been fun.

I love it. Kind of have a, no a backstory there. Um, cause I, I remember he was. Wanting to play soccer in college, professionally but moved to LA to become social media. No, that, that was, that was the biggest thing. I had MLB Scouts at the high school games that I was playing and I mean, I was the best pitcher in my school, and we were a good team.

I played on the top five team in the nation during summer. We were really good, and baseball was my ride or die. Baseball was the only thing I was training for. I would get up and think about baseball. That’s the mentality I had.

I wasn’t really into school. It was just like, I was going to school for baseball. So, like that, that was like the main thing. Baseball was like always the number one thing I wanted and then COVID hit and that kind of changed my whole perspective on it.

What changed where you changed interests from baseball to social media?

So, people didn’t really understand it. And I did, and it was kind of hard to balance the two out. Like it just like coaches and like the players, it was just hard to balance the two out. And unfortunately, I had to come to a decision where I had to make the decision to do social media, but now they just passed that new rule where you can do both.

I couldn’t make money off of my own name and in college, but they just passed a new rule that, that they’re now allowing people to have their own name and make their own money.

And that was like the biggest decision of mine because like everyone that knew me back home, knew I was a baseball player. That was like the big thing for me. And so, then when I decided to do social media is. Everyone was surprised but I think it was a great decision.

It was the best decision of my life. But yeah, it was, it was one of the toughest decision decisions I’ve made.

Bryce Hall has kind of acted like a mentor towards you. Would you say you guys are in a way the next “sway?”

That is what a lot of people say. I mean, I love Bryce, he is awesome, and we talk a lot about stuff that we can do in the future, big things to come. I mean, in a way, I guess you would consider us like, kind of like sway. We’re basically a frat without the school part. I mean, we, we kind of are on the same path that they kind of took, but you know, we’re, we’re going to be different, but at the same time, like we are, we are pretty, pretty much alike.

That’s why we get along with Bryce so well is because we, we have the same sense of humor. We did the same type of stuff, you know, just boys living in the house.

For us right now, it’s TikTok, but a lot of the guys in the house, we all have pretty good engagement on Instagram as well for the numbers we have. So, it’s, it’s between TikTok and Instagram. Those are like the two biggest, two biggest ones.

Do you have a favorite influencer?

Favorite influencer, maybe Logan or Jake. I just like what they’ve done with their brand. That’s probably, they’ve, they’ve built their brand pretty, pretty good. You know, they’re, they’re at the top. They’re, they’re crushing the game. So those are the guys that I probably look up to the most when it comes to social media and how, how building your own brand works.

I mean, since we are pretty close with Bryce, but like, just like doing videos with sway, those that’s kind of like right up our alley. We liked those guys a lot. So probably those guys.

What are your aspirations beyond being an influencer, when you reach the point of next level?

So right now, I like modeling, probably acting as another one, because I just came off a show, Awesomeness TV and loved being on camera.

It was so fun. So, I think acting is probably going to be one of the bigger ones for me acting or modeling. I know that that’s what a lot of people say, but that’s just kind of like what I have in mind right now.

Being in a new era/phase of social media, do you think this era will last longer that the Vine era?

You know, I think it will last longer. That’s obviously I hope it does, but it’s a little different than vine. I feel like it’s just like, just because social media has grown so much, especially with this pandemic, it’s just like, everybody’s on social media. I feel like it’s a lot different just of that reason, like everybody, just so many people around are on all the apps and yeah, that’s kind of like, that’s the biggest reason why it’s changed so much.