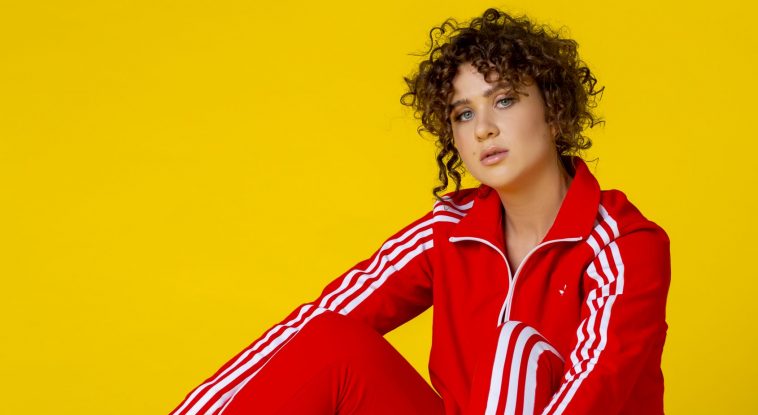 Alex Hosking is one of the next big names in music you need to keep a look out for. Originally from Australia and now based in the UK, the singer-songwriter is currently experiencing great success with her catchy house anthem “Fake Friends”, a collaborative effort with DJ PS1.

The song has currently peaked at number 22 on the UK Singles Chart, and has achieved over 17 million streams, while receiving heavy rotation across the nations’ most popular radio stations.

Here at CelebMix, we got to talk to Alex Hosking a bit more about the huge success of the single, what it was like working with PS1, and her musical plans for the future…

Hi Alex! How does it feel to see “Fake Friends” doing so well on the charts, particularly in the UK?

“Hey! It’s been so incredibly overwhelming! It’s been amazing to have so many people sharing it and singing along! It really is the best feeling!”

How did you get to collaborate with PS1 on “Fake Friends”?

“He was sent the song from producer Mark Alston who I wrote the song with!  Funnily enough, I wrote the song 3 years ago and didn’t think anything of it! It was just ‘another song’ I had written sort of forgot about it! fast forward and my slow jam pop track was turned into a UK dance banger!! “

“We got to meet in LA, I was there working on a film score and he called me and asked if he could change a few words in the song (a few too many swear words) I said sure but knew I was flying out in a couple of days time so was wondering when this would happen.

“The next day Pete (PS1) and Mark Alston had flown into LA from NYC with the exact same microphone I had used to record Fake Friends 3 years prior! It was so much fun and kind of hilarious as we only ended up recording one new word.

“But it was great to just chill, write more music and we all went out for dinner at Roscoes Chicken and Waffle house where we got our meal for free which was funny because we sang for the table next to us!”

Lyrically, what is the song about?

“The song is about not fitting in and trying to, being surrounded by fake people, and just trying to pretending to have a good time!”

Do you hope the song will bring a positive light into peoples’ lives when you consider all the things that have happened this year?

“I like to think so! the song is so vibrant, upbeat, and light! You can’t help but sing along and smile, I think it was a perfect song for 2020! it was light-hearted and joyful! I feel like that’s exactly what everyone has needed this year!”

Is the track any indication to what your future releases will sound like?

“Yes and no! The music I release, I believe always tends to have a joyful upbeat vibe to it! that being said you never know what is in store you will just have to wait and listen!!”

Once it is safe enough, do you have plans to perform the track live?

Have the events of this year (e.g. the pandemic, Black Lives Matter movement, etc.) had any impact on your music or release rollout?

“100% I haven’t been able to travel or release nearly as much as I would have liked too. That being said, a lot of things have happened which has been out of everyone’s control this year. It’s important to stay safe, connected, and to look out for each other and stand up for what is right.

“It’s so important that we continue to use our platforms to speak out about safety and justice of black lives. It’s heartbreaking and we need to keep speaking out for justice and equality.”

Is there plans for an EP or album in the near future?

“Yes! The next song is called Playing Up and is going to be released on the 18th September, you can pre-save it here.”

If you could collaborate with anyone, who would it be and why?

“I would love to work with Joel Corry I love everything he does and his sound is so uplifting and happy!”

“Thank you for all the support on ‘Fake Friends’, I can’t wait for you to hear all the other songs!! so much good new music coming your way!!”

We also want to thank Alex for taking the time out to talk to us!

“Fake Friends” by PS1 featuring Alex Hosking is officially out now, and you can listen to it below:

Make sure to follow Alex Hosking across social media: