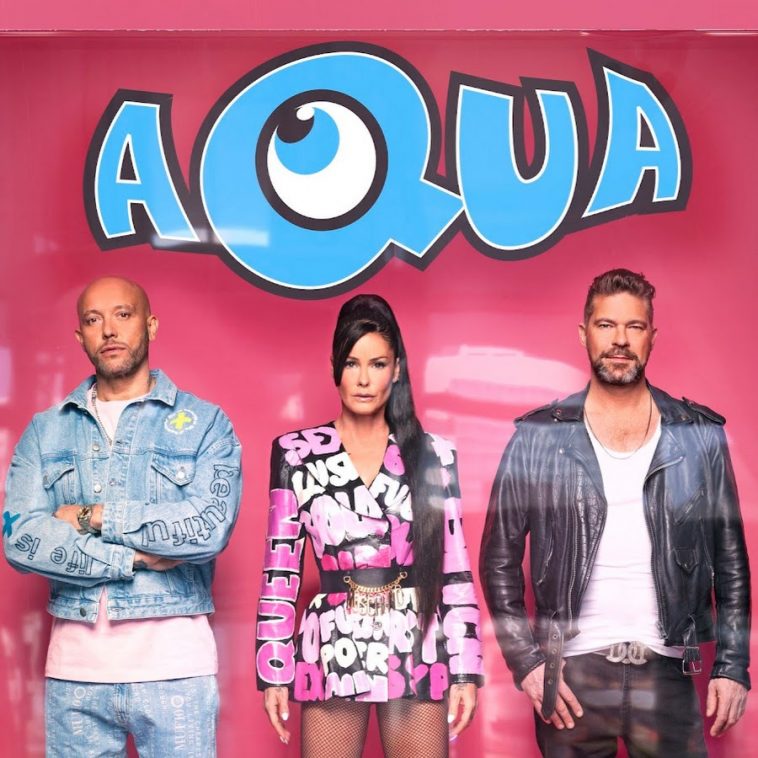 It has been 25 years since Aqua released their debut album Aquarium featuring their smash hit ‘Barbie Girl’ and to celebrate the anniversary, the danish pop icons have re-released their album digitally and on vinyl.

We spoke exclusively to the Aqua to discuss the anniversary of the album and to see what is in store for them in the future. 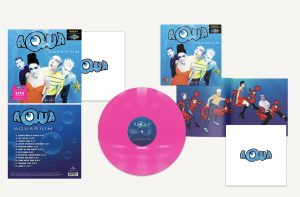 It has been 25 years since the release of Aquarium how does it feel to be re-issuing your debut album after a quarter of a century?

Lene: I feel proud. I think it’s a great journey to be on with this whole anniversary and speaking of the album again. It’s a positive feeling.

Søren: It really does not feel like 25 years ago (laughing).

Rene: Wow we sound so old. I think it’s so cool that it’s released on vinyl. I like that you can have it physically in your hands like the good old times with CD’s instead of just listening to music on your phone. I think it’s cool to see that it’s still possible to do.

Why did you decide to re-issue to album on its 25th anniversary?

Søren: I think it was really nice to release the album on vinyl and I think it’s so cool to sit here and talk about it because we haven’t talked about this album for a long, long time. I think it surprises everyone that we’re still here 25 years later talking of that album. It was a pop album and I think it’s rare that pop albums have such long lives, especially those from that time.

Rene: It’s so retro cool to sit here with a vinyl product in our hands.

Søren: For many people the album was a big part of their childhood and a soundtrack to people’s youth so for many people the songs bring back pictures of cute girls and the hot boys from the time they went to high school or went to their best vacation.

What is the most exciting thing about the album re-issue?

Lene: I really had not realized what it means to re-issue the album before I say the physical vinyls, the stickers and everything. It’s also fun to see what’s happening on Spotify actually where they also focus on the anniversary. Hopefully it will entail even more concerts in even more countries around the world. Maybe we will gain a wider fan base and get more young fans. It’s super exciting.

What did you learn from the Aquarium album?

Lene: Personally, we became very brave. We were very brave when we made the album in the first place because it was so different from what already existed. We didn’t care about what people thought of us, how we looked and how we performed. When the four of us where together we got teased so much – for instance when we went on red carpets in Denmark people thought we were crazy and called on wannabees. Who did we think we were? But we didn’t care, we had a wild courage we could never had had on our own.

Søren: We definitely learned that we could everything ourselves. We wrote, we produced, and we were a part of everything we did. Not many bands of that time did that.

With the re-issue of the album will there be any plans to make release new music in the near future?

Søren: We are always in the process of new music in some way or another. But we don’t know when we will release new music.

What can fans expect to see from Aqua in the coming months?

Rene: Right now, we’re in the middle of planning where we’re playing next year and we don’t know much yet.

Lene: Hopefully we will keep on traveling around the world and perform a lot for the rest of this year and also the next.

Rene: We still have some shows left this year as well as we’re really looking forward to. And then we will continue being active on TikTok and do a lot of fun content. It’s a brand new media to us which didn’t exist when we started but we think it’s so much fun. I’m sure we would have been the absolute best at both Instagram and TikTok if it had existing 25 years ago because of our unique visual and humoristic universe.

You can stream Aquarium by Aqua Spotify now! We can’t get enough of it, tweet us and let us know your favourite track over on Twitter!