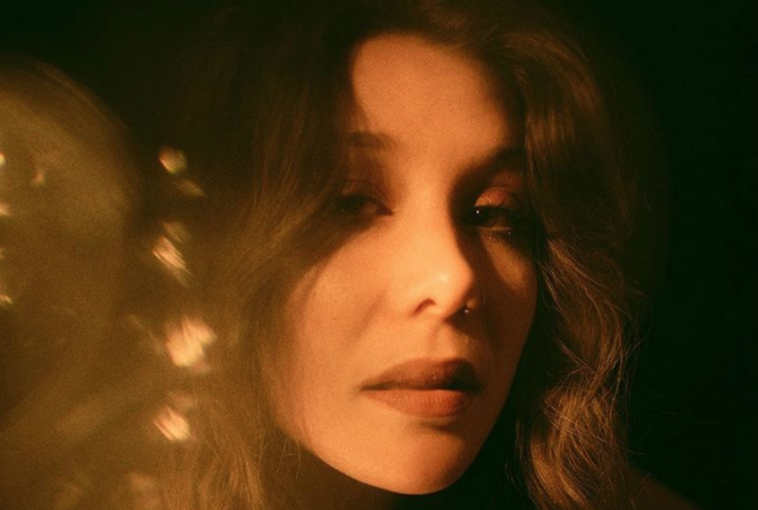 Bre Kennedy is an up-and-coming singer-songwriter with an intense passion for the music that she creates and shares with the world. Her effortless ability to connect with listeners and every audience she encounters through her lyrics has captured the attention of countless music fans and artists. Most recently, Kennedy was praised by pop icon Camila Cabello across social media for her track “Twenty Something.” The ‘Jealous Of Birds’ singer has just released a brand new single, “Feel It All,” which follows the release of her second project. In an exclusive interview with CelebMix, Bre Kennedy opens up about her new single, fans and more.

What can you tell us about your new single “Feel It All” and its message?

“Feel It All” is my new single that I released during my time in quarantine. I had written this song months before and was planning on recording this song with my band in studio until lock down happened. I decided, to keep my hopes up and to give me something to do during this weird time, to make a project by recording all the parts for “Feel It All” from our own home studios virtually and to film the process. What started out as just a fun song to keep us busy turned into my silver lining during this time.

Why did you decide to release that track as a single and separate from your latest project?

I wasn’t planning on releasing anything yet actually! I am in the process of creating my next project and only want to put songs out as singles that I totally love and bring me joy. “Feel It All” was one of those: “Oh, this made me happy to make, I want to share it, why not?”

Speaking of ‘Twenty Something,’ Camila Cabello recently gave you a shoutout on Instagram because she loved the title track so much. What was it like to receive such positive praise from one of the most popular stars in the industry?

Isn’t that wild? I am in awe of Camila’s voice and talent and it was an honor to see that she liked my song and title track “Twenty Something.” It was unbelievably kind of her to take the time to post about it like that. I received all kinds of incredible messages from new listeners about what the song meant to them. I am endlessly thankful and hope to one day thank her in person, but for now, thank you from the bottom of my heart for listening and supporting my music, Camila!

Your track “Jealous of Birds” blew up on Spotify and other streaming platforms last year! What was your initial reaction to hearing that so many people connected with it?

My first reaction was hilarious actually. I was so aloof to the fact that Jealous Of Birds was on New Music Friday… I was getting texts all day like “HAPPY NMF” and I thought they were just saying congrats on release day. When I finally realized it, I was in awe. I couldn’t believe that my voice had the opportunity to be heard all over the world. [It was] such an incredible feeling. I am so amazed by the messages that I have gotten from people telling me what the song means to them. I wrote JOB as a note to myself that I can’t runaway from my problems in life and to keep moving forward… and to know that this song connects with people is truly rewarding.

Speaking of that track, what was the inspiration behind it?

I had the title “Jealous Of Birds” for months written down in my phone notes. I had said “I’m so jealous of birds, they can just fly away when ever they want to” and, like lightning, that idea just struck me and stuck with me and I knew I wanted to challenge myself to write that title.

If you could collaborate with any producers or singer-songwriters in the future, who would you like to work with and why?

Good question. I feel incredibly lucky to have gotten to create with some of my favorites before, but I would absolutely love to get the chance to cross paths with: Brandi Carlile, Dawes, Lori Mckenna, Sasha Sloan, Julia Michaels, P!nk, Greg Wells and Paul Epworth just to name a few. All of which are some of my favorite creatives, writers and thinkers.

During the current pandemic, who have you found yourself listening to or drawing inspiration from in the music industry?

So much good music! It’s been really nice to have the time to sit a listen to artists like: Ruston Kelly, War On Drugs, Dawes, Haim, Maggie Rodgers, Lori Mckenna, Ethan Gruska and Kacey Musgraves. I love a little bit of everything and love discovering songs that completely take me over, regardless of genre.

What can fans of yours look forward to in the near or distant future?

Listen to “Feel It All” here.