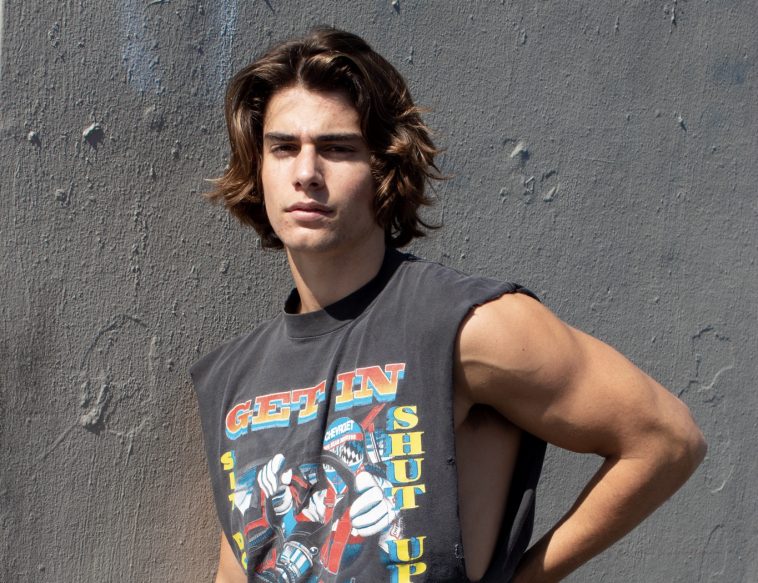 With the pandemic happening all through last year, TikTok has brought us new heartthrobs and talent in the entertainment industry. If you’re an avid TikTok user, you might recognize Corrado Martini. Though his main focus isn’t TikTok, he is making his way into the acting world. We chatted with Martini in LA about his dreams and first auditions and much more below!

Let’s talk getting started in the acting/social media world. How did you find an interest in this industry?

Honestly I never had a true passion for social media until my friend Brian convinced me to get on TikTok. After he convinced me I was hooked and started posting more on all social media sites. When it comes to acting my passion developed because of seeing actors such as Leonardo DiCaprio, Chris Evans, and Channing Tatum in 21 Jump Street.

Have you always wanted to act since you were a kid?

No not at all. My dream as a kid was to become a professional baseball player for the San Diego Padres.

What was your first audition ever for a show and how did it go? What was one critique you took and still use to this day?

My first audition for a show was for Love Victor. I thought it went really really bad because I was shaking the whole time and forgot a whole section of the script. But the casting director took time with me and kept trying different ways to go about the sides. Overall it was a great learning experience and the most important note he gave me was to take more risks.

I’d say the Love Victor audition was my biggest so far.

What would be your dream acting gig? What type of show and character would you wanna play?

My dream acting gig would be a role where I’m Leonardo DiCaprio’s son in a remake of Wolf of Wall Street where he teaches me the ins and outs of the industry. In a show it would be tight to play a teen heartthrob but not a douchey one. A Netflix original would be a great start to my acting career.

Who are some of your acting inspirations that you would love to act with?

You’re popular on TikTok which leads me to ask, do you think you’d ever have a high chance getting into the industry if TikTok never took off like it did in March 2020?

I honestly don’t believe that Tiktok gives anyone a higher chance of becoming the next best actor because it’s all about if you are talented, not because you look pretty and can lip sync a song. Acting takes more than the 15 second videos I post on TikTok.

What you were doing to get into the industry before TikTok was a thing?

I was taking acting classes and reading lines with my friend Sam Dezzani.

NYC has more opportunities/brands to work with and if you look at the top models in the world they are in Milan or NYC. These are where the top brands are and where most of the runway takes place.

With everything getting back to some normalcy. What’s your goal to achieve for when everything is back up and running normally?

My goal is to land a lead role in a show or movie!