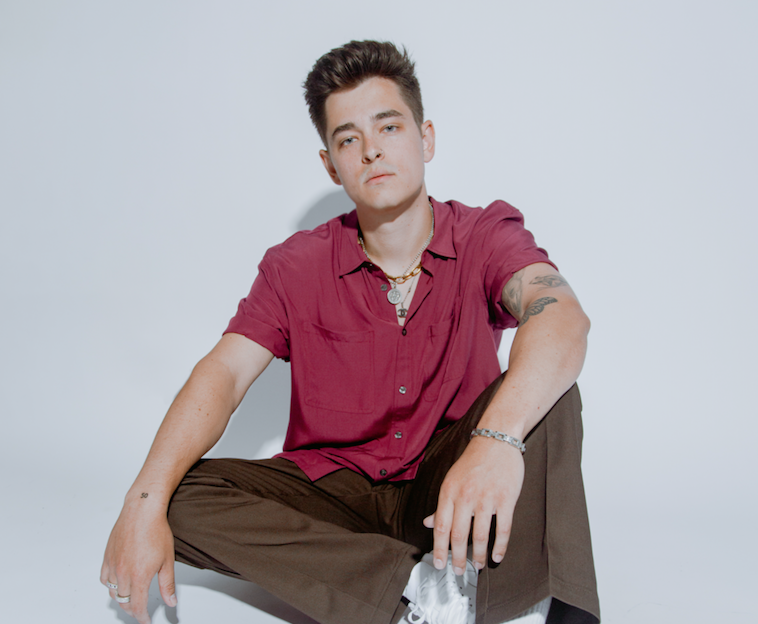 Diamond Pistols, aka Christian Dold, has captured the attention of countless listeners around the world with his unique sound and successful collaborations. After working with artists such as 24kGoldn, Lil Pump and blackbear, he is now launching his own project via a debut EP. The project’s first single, “Time Machine,” was recently released and features Rich Brian, with more collaborations such as bbno$, Jaymes Young and Jutes on the way. In an exclusive interview with CelebMix, Diamond Pistols opens up about his influences, upcoming EP and more.

What can you tell us about your latest single “Time Machine” and the inspiration behind it?

Brian and I actually started the original idea for time machine right before the pandemic, which is crazy because it hits so much closer to home now that everyones stuck inside their houses. The song started with the keys, which were played on a Mellotron – the same keyboard that The Beatles did “Strawberry Fields” on. It just inherently has such a nostalgic and vintage sound to it. I basically just sent a 4-bar loop of those chords to Brian and he recorded a hook over it and sent it back and I immediately knew I loved it. We had that demo for a few months and I just kept playing it over and over, and finally around July this year… I went over to Brians house and we cut the final vocals and finished the song.

How does that particular track differ from the singles on the upcoming EP?

Well, the whole project is pretty much about being nostalgic for past memories, but this one’s definitely the most upbeat out of all of them. I think its the only one on the project thats written in a major key.

Was it different or more difficult to work on music during the current global pandemic?

Honestly neither. Its just different, and it has really changed how I work on music. Before the pandemic, I was doing 5-6 sessions a week with artists in the studio, which kind of forces you to move quickly and not spend too much time on one idea. Since the pandemic, I’ve been working on music alone a lot more, which allows me to spend more time fleshing out an idea and take a few days or weeks finishing a song, whereas before I was basically making a song a day in 4 hours.

You have worked with other incredible artists like blackbear and 24kGoldn. Who else would you like to collaborate with?

I really wanna work with Slowthai. He’s one of my favorite artists right now and he’s not only pushing the envelope with his sound, but his visuals are also insane. I also love Remi Wolf and think she’s gonna be huge soon.

What artists or bands have influenced your sound recently?

I’ve been listening to a lot of stuff that I grew up on lately. Red Hot Chili Peppers, Gorillaz, The Strokes, etc. I think a lot of the guitar driven stuff I’ve done recently is strongly influenced by the alt bands I grew up on in the 2000s.

In terms of 2021, what can fans and listeners expect from Diamond Pistols?

Lots of new music from myself, and my friends that I’ve been producing!