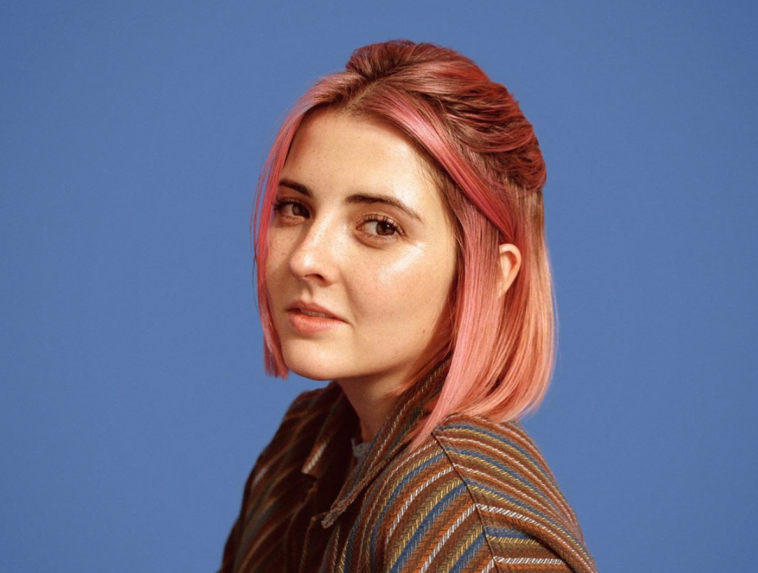 Big pop bangers and stripped-back tear-jerkers, Emily Burns has it all in her locker.

Fresh from soundcheck at Newcastle’s quirky Wylam Brewery, where the singer/songwriter is set to support Gabrielle Aplin later that night, Burns chats to CelebMix.

“I’ve actually played a brewery once before”, the singer laughs, referencing a session for Sofar Sounds. “It’s dangerous… it smells of beer around!”

The latest venue of what’s been a busy year of touring already, Burns spent much of January and February opening up for James Arthur across the continent and still has nine dates to play alongside Aplin this month.

“I’m getting used to life on the road, I enjoy travelling… although it can be a bit tricky,” Burns admits. She jokes of tricky shower situations and uncomfortable beds – check out the singer and team’s trademark daily ‘bed tests’ on Instagram for more on that.

With so many opening sets under her belt, it’s clearly paying off. Later that night Burns seamlessly cuts between the electro-tinged flicks of debut EP Seven Scenes from the Same Summer to the stripped-back heartbreak ballads of 2019’s My Town EP in a polished half-hour set.

“Support slots are all about cramming your songs into 30-minutes. You have to be very selective and think of ways to keep people engaged. It’s tricky but I pick the ones I enjoy playing the most. I love opening up for someone, it’s a great experience and way to reach new people.”

Later that night, Burns bounces out to plucky 2019 single ‘PDA‘ before taking things up a notch again on ‘Bitch’. Elsewhere, ‘Test Drive’ is a witty tale of being experimented on and catchy, tongue-in-cheek ‘Too Cool’ is clearly a fan-favourite, even on first listen. Whilst the singer keeps proceedings upbeat, she affords moments to strip things back on ‘Is It Just Me?’ and ‘Hate Me Too’, proving a jack of all trades.

“I love doing both the more electronic pop and the more stripped-back stuff. I always sit down and write on a guitar to start with and I want people to see and know that in the music.”

“In the show we try and have those moments of, ‘bang’, big pop and then strip it back. Those moments when you feel most vulnerable actually give me the biggest high.”

Moving forward, Emily Burns talks of an upcoming EP which sees the two worlds meet – her “best songs yet” she promises. 2020 single ‘Hello’, which also features that night, sounds like the first taste of that.

“I was on a small writing trip with some friends,” she recalls about writing that song. “We started talking about this situation with a girl who didn’t realise how much I liked her. She’d just drop me a message without thinking and it would drag me back in.”

“It was in this beautiful house in Kent, we started recording the vocals late in the evening and we all had a glass of wine – it was the most beautiful experience and I’m really proud of that song.”

Telling personal tales over her trademark production is exactly how the singer has grown her fanbase – recent tracks racking up millions of streams on services. And as she leaves the stage at Wylam Brewery that night, you can’t help but wish she had a little longer.

Luckily, for those won over by Emily Burns’ support slots, a six-date tour in April sees stops off in Bristol, Manchester, Glasgow, Birmingham, London and Brighton for a full set. Tickets available now.

Have you caught an Emily Burns set on the road this year? Let us know @CelebMix on Twitter.