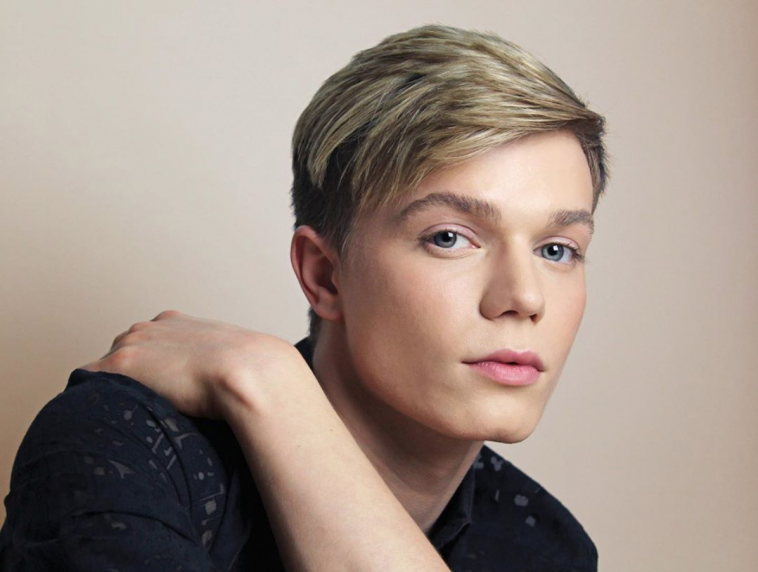 “So many people have been asking me to do YouTube for ages”, Ronan opens. “I don’t have all the professional equipment so didn’t, then I decided it would be better to do it naturally anyway. I’m filming it all on my phone and it’s a way for me to connect with people.”

Kicking off with a Q&A earlier this month and following up with a cover of Harry Styles’ ‘Falling’ last weekend, the singer is looking to re-connect with his 187,000 subscribers on the platform.

“I have this huge number of subscribers and I felt like I wasn’t giving them any content. I thought I had to do something – it’s a good way to thank people for supporting me for such a long time.”

Nine-years since the youngster finished runner-up on Britain’s Got Talent as a 12-year-old, there have been trips around the world, two studio albums and a string of solo singles since then. However, growing up in the spotlight is not something that has always come easily to the now 21-year-old.

“I had a time when I didn’t enjoy it [performing] anymore. I was so nervous going on stage and my confidence was really knocked because of certain things that had happened.”

“I decided to do other things – an internship in Switzerland, I worked in a coffee shop, I worked in retail… but it just wasn’t for me. I met great people but I kept getting so bored. Going on stage is like a drug, you just can’t describe the adrenaline you feel and I missed that.”

Looking back at his journey and the prospect of his audition’s 10-year anniversary next year, Ronan admits he can’t watch the clip without cringing.

“The only time I watched it was when it was aired and I was just crying because I thought I looked like an idiot,” he laughs.

“I strayed away from watching it and it came on in a bar I was in once. I had to run to the toilet and lock myself in until it came off!”

Making his full return after time away with confident sophomore album Found My Way, Parke worked alongside writers and producers to create a record he would go on to take across the continent on a European Pride tour, including a set in London at the prestigious Trafalgar Square stage.

“It’s an album I’m really proud of. It was such a great experience because I was so heavily involved in the creative aspect. When I listen to it I can hear all the things and think, ‘that’s how I wanted it to sound’.”

“I really got a chance to show the music and perform it live. I went to Copenhagen, Amsterdam and Athens. In Copenhagen, there were about 10,000 people in the audience and everyone was dancing and jumping to ‘No Love Like First Love‘ – it was amazing.”

Whilst the singer sets future gigs and a potential tour firmly in his sights, attention remains on YouTube for now. As well as more pop covers, he teases older hits and musical theatre will feature. Otherwise, Parke jokes about roping in family members to feature in videos.

“I’d love to do a brother tag video but my brother is so camera shy. I’m working on persuading him.”

“I went to Berlin recently and have a vlog from that which features a few friends in too. Maybe in the future, there will be YouTuber collaborations, but at the moment it’ll just be people who are closer to me to keep it feeling real.”

Excited to share this cover of one of my favourite songs of the moment with you. Falling by @harrystyles | I hope you enjoy. Link in bio ? #falling #harrystyles #singing #music

As well as performing his own material over recent years, the former BGT contestant has taken to the stage in pantomimes alongside the likes of Edele Lynch, Vicki Michelle and Charlie Lawson. Fans of the theatre can expect exclusive behind-the-scenes access on the YouTube channel too.

“I’ll definitely bring people along with me to see behind-the-scenes. I have so much fun, especially at panto as you’re working with these people for one or two months.”

With the success of Britain’s Got Talent’s Champions revamp last year, CelebMix finished by putting the question of a potential appearance to Ronan.

However, with YouTube content ready to go and studio-sessions booked to work on new music, Ronan Parke has plenty planned for what remains of 2020.

Are you subscribed to Ronan Parke on YouTube? What videos are you looking forward to seeing? Let us know @CelebMix on Twitter!