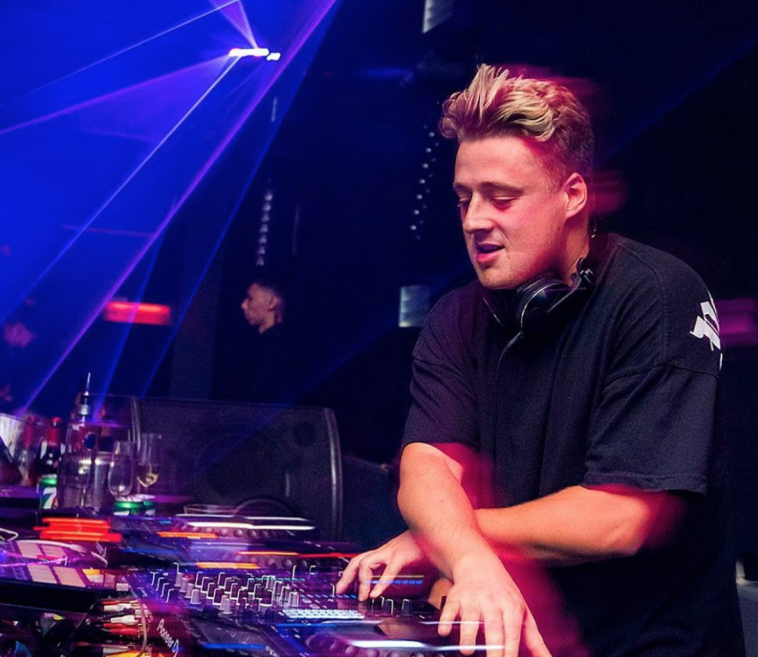 Harrison continues to climb the charts and catch the attention of music fans worldwide on streaming platforms with his unique sound and addictively catchy singles. Most recently, the singer-songwriter and producer released a brand new track, “Touch Me,” which is a modern interpretation of Rui da Silva’s original version of the single. After collaborating with some of the most popular names in the industry, including David Guetta, Harrison has continued to build a strong reputation as a rising talent with incredible potential. It’s become clear to listeners that this is only the beginning of a new era for the star. In an exclusive interview with CelebMix, Harrison opens up about his new single, collaborations and more.

What can you tell us about your latest single “Touch Me” and the process it took to create it?

In late November, I met Rui da Silva in a bar at Tile Yard Studios in London.
Being a super dance head when I was growing up, this was a song that constantly dominated the MTV music charts and I couldn’t pass [up] the opportunity. I spoke to Rui at length for a few hours and walking back to the tube station with him, I asked if I could re-work his single “Touch Me.” He told me I could, but only if I sent it to him after for approval. He also said many people had tried to re-work it in the past with many “no’s,” [so] I knew It was going to be a tough job. I went straight to my studio [and] opened up Logic, laid down the vocal and started getting my structure and lived on that project for 6 weeks before sending it back. [It] turns out [that] he loved it, so I guess I’ve been very lucky.

How is this track different from other singles you have released in the past?

This is definitely a much cooler route of sound then I was doing before, I was always more on the EDM side. Last year, I made a Brazilian bass track and a song with Knife Party and started to change / adapt my sound because I wanted to make music that made me happy. When I was signed to Virgin (Universal), I knew that there needed to be a new me as the old me wasn’t working. It’s a different era.

The track has an amazing lyric video! Can fans possibly look forward to a music video in the future as well?

The music video was going to be shot on the day lockdown was enforced in the UK due to COVID-19 happened and [that] ruined the plans. Sometimes people make music videos a month or two later, so I guess we will see on the performance of the track on Spotify and Apple [and] then go from there. I love the lyric video visually [and] that’s exactly where the new Harrison is going.

You have already worked with so many other impressive and popular acts like David Guetta. Do you have any other collaborations you would love to be a part of in the future?

Yes! But only if it was a big singer on one of my songs, being a second name or feature doesn’t really help you these days… so I would rather keep flying solo or work with a bigger artist who can make a track blow [up] even bigger.

During the COVID-19 pandemic, who have you found yourself listening to or drawing inspiration from in the music industry?

I tend to listen to a lot of older people from the 80s/90s for inspiration. I didn’t tend to go outside much before when I wasn’t on tour, so it’s no different because when I’m not on a plane I’m in the studio and the studio is in my house.

“Touch Me” is just the beginning. I have bigger songs coming and huge originals.

Listen to “Touch Me” here.