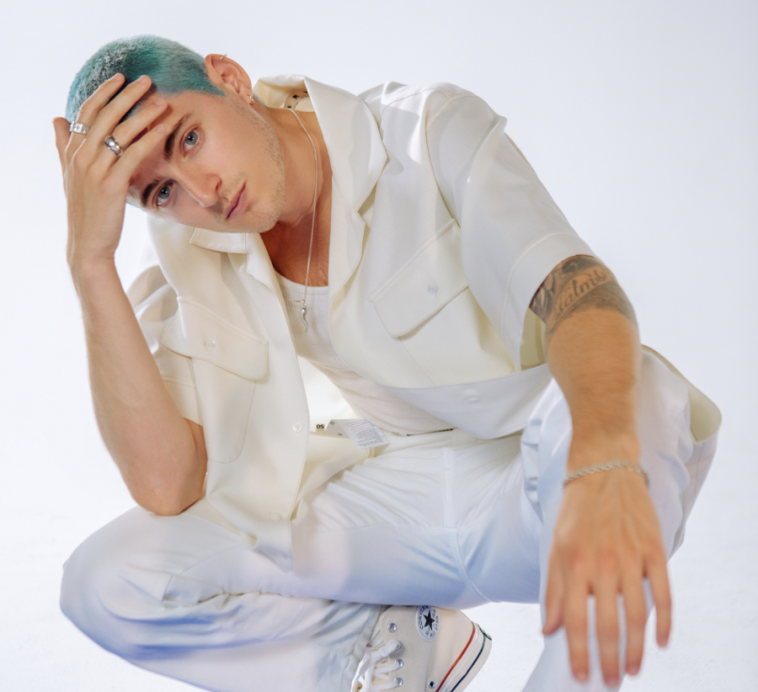 Anthony Russo captivated the attention of millions with his powerful and impressive vocals on “Rewind” with G-Eazy and his previous singles like “Nobody To Love.” Now, the St. Louis singer-songwriter is gearing up to release his 2021 project ‘Blue.’ His brand new single “Midnight” gives listeners a sneak peek as to what type of sound they can expect on this new project. In an exclusive interview with CelebMix, Anthony Russo opens up about his music, dream collaborations and more.

What can you tell us about your brand new single “Midnight” and the inspiration behind it?

I was listening to a lot of Majid Jordan during the time I made this song. I remember thinking my voice could sound really nice over a chill new wave 80’s chord progression. I teamed up with producer Louis Schoorl and he was able to lock in the immediate vibe. The inspiration really came from the music itself. I kind of had this vision of this shadowy silhouette of a girl who’s kind of sending you on a chase for her love, but you don’t have much time before the opportunity is lost.

How does this track differ from the songs you have released in the past?

It’s a lot more mature I think and a bit more edgier. It also has this disco kind of feel which I don’t do often.

You collaborated with G-Eazy on “Rewind.” How did that collaboration come about and what was it like to work with one of the biggest rappers in the industry right now?

Since G and I became friends in 2017, we always wanted to have a song together. This one just happened to work out perfectly. We had spent some time in the studio before but only to just play music [and] not really make it. When we finally got this one made and he decided to to put it out, I was super excited. He’s great to work with.

Who else would you like to collaborate with in the future?

What are your goals for the rest of 2021? Is there a project or album in the works right now?

My first project is releasing July 16th [and] then I’m going to lock back in on finishing the next one. I’m already pretty far along. Everything is written, [but] it just needs to be produced out. I’m hoping to have that done by the fall and start releasing [music] again before the end of the year.

Maybe a little show in LA, but most importantly [new] music. I’ve been too quiet the last few years when it comes to releasing music, so I’m really happy to be doing that again.