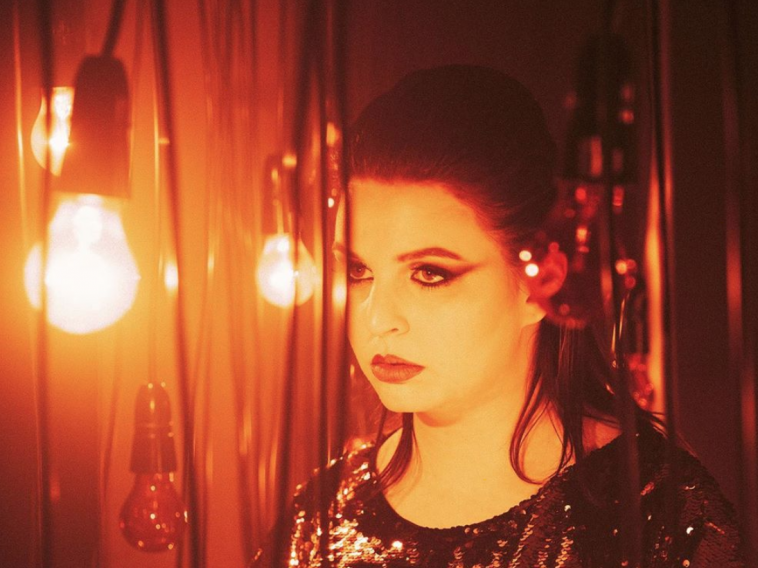 Emma Blackery is making her return to the music scene with an upcoming EP: My Arms Are Open. After taking a well-deserved break following her last album and tour, the singer-songwriter is now ready to share brand new music with her devoted supporters. The project, which will be released on May 15th, marks a new era for Blackery. In an exclusive interview with CelebMix, the singer-songwriter and Youtuber opened up about My Arms Are Open, her supporters and more.

You have a new EP coming out soon: My Arms Are Open! How many tracks will be on that project and what can you tell us about it?

The EP is the first body of work that I’ve released since August 2018, when my debut album Villains was released – after spending so long writing and recording the album, and then embarking on a tour across Europe, I was feeling a little burnt out. There was quite a period where anything I tried to write didn’t work out – it wasn’t until I wrote the single ‘Wolves’ in May 2019 that things started to take shape.

There are four tracks on the EP, some of which stem from some demos I wrote around the Villains era that I’ve transformed into something new, and now the EP tells a story. Last year, I experienced some pretty difficult situations in my personal life. I’m more of a private person these days, so I will probably never touch on them in detail, but I was left in a fairly vulnerable place. It was only through the love and encouragement from my partner that I was able to push through my rage and insecurities and begin to write with my walls down. That’s why the line ‘My arms are open’ was so important to me, and why I named the EP after it – the EP is about going from a difficult place and being able to finally open up to embrace love and support again.

How does it feel to be returning to the music scene?

I didn’t allow myself to get too excited during the recording – I decided to keep my head down and just focus on making music again, since I was finally feeling as though what I was making was working again – but as soon as the single was released, and the EP was announced, everything suddenly felt so real. It feels so unbelievable to be putting out music that people are enjoying once again – it wasn’t as though I had fallen out of love with music, but I’ve definitely fallen in love with it all over again. I was never going to be away forever – I just had to trust my instincts and know I’d be able to create again despite the temporary setbacks I had faced mentally.

Who were your musical inspirations growing up and who inspires you currently?

I was always very inspired by the music that was being played at home by my parents – my dad loved Guns N’ Roses and The Rolling Stones, and my mum would always be playing music by Madonna and Michael Jackson. Along with those, I grew up listening to a ton of other pop artists before finding pop-punk. I was definitely motivated to become a strong, female artist by Madonna, but discovering Paramore in my teens really solidified that this was what I wanted to do forever. As for current inspirations, I’m constantly listening to Taylor Swift, Hayley Williams, Lorde and Björk, who are all such talented women. I’m also going through back catalogues of Kate Bush and PJ Harvey.

I know a lot of artists resonate with songs they create during specific time periods. Right now, does one particular track stick out to you when thinking about ‘My Arms Are Open’ and the process it took to create that EP?

I love each and every song in different ways, and for different reasons – ‘History of Touches’ is a song I wrote based on the warmth of love, and how it just takes hold of you and sweeps you off of your feet. It’s also based on the theme of uncertainty when you first fall for someone, and wondering if they love you back. It’s also the first song I’ve ever officially released that I’ve solely produced, mixed and mastered myself. ‘Forever’ is a pure love song for my partner. His favourite band is Counting Crows, and I really wanted to pay homage to his love of them with the sound. We actually ended up working on it together in the writing process, so I can officially say we have our song.

I would have to say that ‘Plot Holes’ is my current favorite – it’s a song that I started writing two years ago, during the final weeks of writing and recording my debut album. I was putting so much of my time, money and reputation on the line for this big “thing,” and doubt began to creep in. Was it going to be any good? Would this make or break me as an artist, or as a person? The song is about the fear of failing and diving in head first. It’s a song that I just couldn’t let go of after writing it, and it went through a ton of changes, more than any others on the record. To me, it really personifies the feeling of trying to follow up a big achievement.

Is there anyone who you would like to collaborate with in the future?

There are a couple of producers that I’d love to work with in the future, but at the moment, I’m just focusing on making more music with my team – working with Tom Gittins for this record was such a joy. He just completely understood the direction I wanted to take with these songs and took them to an entirely new level.

You also have an incredibly successful Youtube channel! Has it been difficult to balance making music and creating content for your subscribers?

It definitely has at times. I think the biggest struggle isn’t a time issue, but more of how I’m perceived. A ton of artists that began by making non-musical content have ended up moving away from what gained them their initial audience and changed to solely making music – I’ve never been able to. I appreciate where I’ve come from, and whilst there have been times where I’ve been frustrated with the ‘YouTuber musician’ label, as I’ve been making music since I was very young, ultimately, there isn’t an issue with doing more than one thing. It feels as though more and more people are beginning to see me as a musician first, which is what I always have been, and that my music has taken on its own fanbase within that. Ultimately, I’ve grown up a lot, and did most of that growing up in this sort of online spotlight. I’m grateful to still be doing this after eight years – and I’m grateful to those who make that possible, no matter how they choose to support me.

What do you love most about your fans and supporters?

The way they always rally behind me musically. Whenever I have a big announcement, the amount of support I get from them is immense. Whether it’s them sharing my music, giving feedback, coming to shows, gifting each other my merch, starting promo campaigns on social media – there’s a lot that can’t be done by just one woman, and my fans always help me out, because they genuinely support me and what I do. I couldn’t be more proud and loving of them all.

What’s your favorite track by Emma? Tweet us using @CelebMix and let us know!