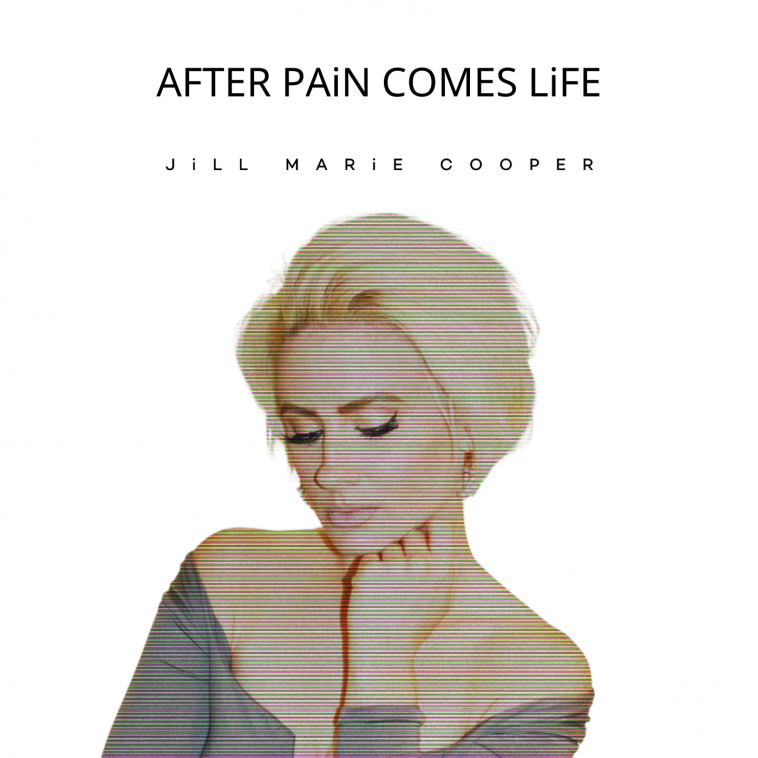 2020 has been a strange year for us all, yet Jill Marie Cooper has kept herself busy by releasing not one, but two singles ‘That’s Love For You’ and ‘Number One’. The former went on to reach number 3 on the Official UK Step Forward Christian Music Chart earlier this year.

Jill first came to the public’s attention when she auditioned for The Voice UK in 2012. Her performance of ‘Mamma Knows Best’ by Jessie J impressed all four coaches and saw her sail through to the next round of the competition.

As well as this, Jill got to tour the country as the lead female singer on the 2017 and 2018 nationwide tours of Rip It Up and Rip It Up Through The ’60s. A sixteen-week run at the Garrick Theatre in London’s West End followed which saw Jill perform alongside Strictly winners Jay McGuinness, Louis Smith, Harry Judd and Aston Merrygold.

After years of hard work, Jill is now ready to release her debut EP After Pain Comes Life which will feature her first three singles plus 2 brand new tracks.

Jill recently took the time to chat to us about her new EP, the virtual event to launch the EP release and her plans for the future.

Your debut EP After Pain Comes Life is set to be released tomorrow (4th December) and will feature your first three singles (‘Lady Nice’, ‘That’s Love For You’ and ‘Number One’) as well as a couple of new tracks. Can you tell us a bit about the creative process that went into making the EP?

Indeed! This E.P has been around 8 years in the making if you include when I first wrote many of the songs! Crazy I know, but my journey in the music industry has been full of so many highs and lows, and it took a long time to settle on which songs really summed me up as an artist and person, both sonically and personally, and also deciding what kind of message I want to put out into the world. Jamal Hadaway produced the first single ‘Lady Nice’. With That’s Love For You, that’s a straight-up Gospel feel and the version on the E.P is the completely live version we made in the studio. With the other three songs on the E.P, I took them to my friend and amazing producer Alejandro Palada, and he literally spent time with me, listening to how I wanted the E.P to sound as a whole, taking all my reference points on board, and made the E.P into something that I feel is the best version of what I want to say with this first record.

Watch the official music video for ‘Lady Nice’ by Jill Marie Cooper below:

Is there a song on the EP that means the most to you, and if so, have you got a favourite lyric from this song?

That’s hard to decide on really as there are so many lyrics I love on this record. ‘That’s Love For You’ is really a stand out for me though as it describes God’s love for us and how at my most broken he found me and continues to pursue my heart, which, I think during such a crazy year like 2020, is such a beautiful truth to stand on. After all, my faith is literally the anchor to everything in my life. I like the lyric ‘you see through my skin, you love from within’ from ‘That’s Love For You’. I also love the song ‘Warrior Woman’ as it’s all about fighting a good fight of faith. My favourite lyric from Warrior Woman is ‘after pain comes life’,  as I really believe that’s what faith is; I truly believe that adversity produces character, and eventually if we endure through our struggles that our hardships can actually serve to make us more well-rounded and stronger.

Tomorrow is a busy day for you as you also have the virtual launch event for your EP. What can fans expect from the event?

I will sing all of the songs from my E.P, and also unveil a little introduction which explains the heartbeat behind the E.P and the ethos of what the record is all about. My supporters can expect me to belt my little lungs out! Haha.

The latest single released from the EP “Number One” is a song which celebrates the sanctity and value of waiting for the right person to share your heart and body with. How did the inspiration for this song come about?

Well, I have always been passionate about women valuing themselves, and also to know that it’s never too late to realise that value.  I was pretty angry about how I had seen certain men I knew treat women and honestly I was irritated by the presumptions they just seemed to make and the things they would expect from women, simply because us women are beautiful and powerful. I had experienced so much disappointment myself and seen so many friends experience toxic dating relationships with men that weren’t serious about them, whether that be in heart, mind or body, and I wanted to put out a song that celebrates us women and the amazing creatures we are and remind us all that we deserve to be valued by the right person. For me, personally, that means waiting for that ring to get on my finger baby! I.e. making that promise to be somebody’s ‘Number One’ before God! Amen.

The accompanying music video for ‘Number One’ looked like so much fun. Can you tell us a bit about the filming process?

We had such a great day. We filmed the video against a green screen, and my friend Fabio D’Andrea directed it. I wanted to create a strong group of powerful women, ‘girl gang’ type vibe, and so I pulled in my beautiful dancer friends you see in the video. It was very hot with lots of lights on us, and I had 4 outfit changes thinking I was like Beyonce or something! A friend runs a studio space called IntroNation Media which is where we filmed it, and we then sent off the footage to some wonderful people over in Italy to do special effects to bring it to life! I had a great team with me on that day, and it was honestly one of the best days ever!

Watch the official music video for ‘Number One’ by Jill Marie Cooper below:

If you could choose any artist to collaborate with, who would it be and why?

That’s an easy one to answer. Tori Kelly. We are both women of faith, so I think we could come up with something very interesting together. Not to mention the fact that she is an incredible songwriter, performer and artist.

Last year you starred as the lead female vocalist in the West End run of the hit show Rip It Up the 60s at the Garrick Theatre and received a standing ovation from Lulu! What was it like to be involved in such a fun, uplifting show and what song from the show was your favourite to perform?

Rip it Up really shaped and strengthened me as a performer and helped my vocal stamina that’s for sure! I loved it, and especially loved having such glamorous costumes to wear, ( I had about 12 costume changes!) I mean, I got to sing some of the best songs ever written with some of the best dancers in London in front of me doing these amazing dances. What more could a girl ask for? My favourite songs to sing in the show were probably ‘Respect’, where I had all the dancers around me, and also ‘Anyone Who Had a Heart’, which was originally sung by Dionne Warwick, Dusty Springfield, & Cilla Black.

In your career, what would you say has been your biggest highlight so far?

I’ve honestly had so many, one that sticks in my mind was getting to do backing vocals with The London Community Gospel Choir at The Brit Awards for Pink. That has to be up there in my top 3! She’s such an incredible and disciplined performer, so to see her rehearsing her big set was quite something, and it also inspired me to keep going with my own music. She’s such a strong woman, so it was one of those moments that you kind of think ‘ if she can do it, so can I’.

2020 has been a tough year for us all yet you have still achieved so much with the release of the singles ‘That’s Love For You’ and ‘Number One’ as well as the upcoming EP. What do you hope to achieve in 2021?

Well, after a good old rest over Christmas and some much needed time with my loved ones, I will take some time to see where God is leading me next I guess. I definitely will be aiming to release some more music in the new year though!

Watch the official lyric video for ‘That’s Love For You’ by Jill Marie Cooper below:

Finally, do you have a message for your fans?

Yes, I do. ‘ After Pain Comes Life’. Nothing lasts forever, including pain. So, with that in mind, persevere, take care of yourself, and believe in what God has placed inside of you.  I also want people to know that there is a God in heaven that loves them so much and can’t wait for you to become everything you have been created to be.

Thank you so much to Jill for taking the time to chat with us!

The virtual launch for Jill’s EP is at 7pm tomorrow night (4th December) and you can order your free ticket here.

Have you been loving the recent singles from Jill Marie Cooper as much as we have? Let us know, by sending us a tweet @CelebMix.