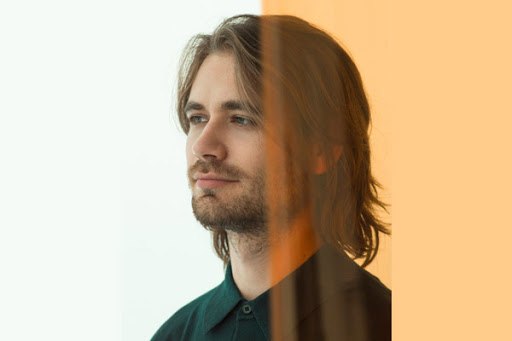 It’s been a week since the amazing collaboration between the French super-DJs Michael Calfan and Martin Solveig has been released. The glorious track, titled “No Lie“, has brought more than just some joy to us in these non-joyful times and has been on repeat for the last couple of days on our playlists.

To celebrate this success, we decided to ask Michael Calfan some of our most burning questions about the creation of the track, his friendship with Martin Solveig and his life in quarantine (obviously). Find out more below!

CelebMix: Hey, Michael! How are you?

Michael Calfan: I am doing okay! I am working a lot, doing music every day. I am lucky since I am at home with my girlfriend in Paris.

We are glad to hear that! Congratulations on the new release by the way, it’s amazing! Can you tell us a bit more the process behind it?

I made the first demo for ‘No Lie’ one year ago actually. I had this demo with the vocals and the beat and the production and then I sent the demo out to Martin because I wanted to have his thoughts on it. He decided that we should do the song together and then we reworked the song a bit. It was a really easy song to make. The main idea was there, we just had to re-record some lyrics.

Amazing! Can you tell us a bit more about the vocalist?

The vocalist is a songwriter from Sweden, she wrote a song for Zara Larsson (author’s note: she wrote “Lush Life”). She was super nice, super easy, and a pleasure to work with! We did a lot of FaceTime studio recording: It was my first time working and recording via FaceTime, that was pretty funny.

How did you get her demo?

Her publisher, Kobalt, sent this little demo from the singer –  it only included the first verse. I started working on the production with this acapella and managed to create a chorus by chopping her vocals and cutting some stuff. It was very organic and easy.

Obviously Martin Solveig was involved the track: how did you decide to collaborate with him and that he was perfect for the song?

Martin and I connect a lot via music, we have for about three years. We actually have this process of asking each other for ideas on tracks we are currently working on and it turned out, this was one we should do together.

How did you first meet?

I met Martin in 2010 when I was signed to Bob Sinclair’s label, I was 18 or 19. I remember making music in one of Bob’s studios. I remember Martin came in for the „Hello“ videoclip to ask Bob to be in his video clip. That was the first time I met Martin, but I was a bit shy since I was young and just started out making music. We started connecting more in 2015 when an A&R from Spinnin‘ Records suggested that we work together since we have a similar vibe. I played at his party in Ibiza, we spent some time together, had some dinner. We started sending some ideas around, he asked me my opinions on some of his stuff so it started out more like a friendship.

Sounds great! You mentioned your vibe earlier so let’s talk more about it. You have this beautiful quote that reads “I don’t care about the name people give it, I care about their feeling when they hear it.” Can you elaborate on that and how it influenced the creation of “No Lie”?

When I am making something, it is more about the feeling and secondly about the sound. The sound can evolve a lot between the years; so it’s not about the genre. During the year, I am always on a certain emotion and vibe that I like, a mix between nostalgic and melancholic, a bit happy and sad, I love that contrast. ‚No Lie‘ reflects that: in the verse, it is pretty mysterious and dark and when the chorus starts, the sun comes up.

How did your approach to creating music change over the times?

When I first started out, I was obsessed with sounding good, so I worked pretty hard on that. And when I was feeling confident with my abilities, when I knew how to produce a good song, I got more interested in the feeling. Now, when you are a producer, it’s really two things you need to work out for yourself: you need to have emotions and you need to have a great sound. So much of our music is based on the dynamic and the sound. It’s the beauty of dance music: it’s to combine those two things.

Do you have a favorite place to create music?

I love to get home working. I only need a proper studio to record vocals but otherwise I can work from everywhere.

Where do you take your inspiration from?

What do you hope listeners take away from your music?

Can you tell us a bit more about what is planned for the future?

I am working on a lot of other stuff right now, and then I have to choose what I am going to release. Since I have released three to four tracks a year for a couple of years, you can obviously expect some new track in the future.

What is most important to you?

Most important to me right now is my family on my phone and trying to stay positive. I am thinking of people who are doing a very hard job right now. Otherwise I am just thankful that I can continue doing my music.

And lastly: did you pick up a weird hobby during quarantine?

Honestly no, I just love making music. That is for me like playing video games. Time flies when you are working on music.

Thank you so much for the interview!

Be sure to listen to the new release by Michael Calfan, either in its original or in its remixed version right here:

What do you think ‘No Lie’? Let us know, either on Twitter @CelebMix or on our other social channels! Also be sure to follow Michael Calfan on his socials!