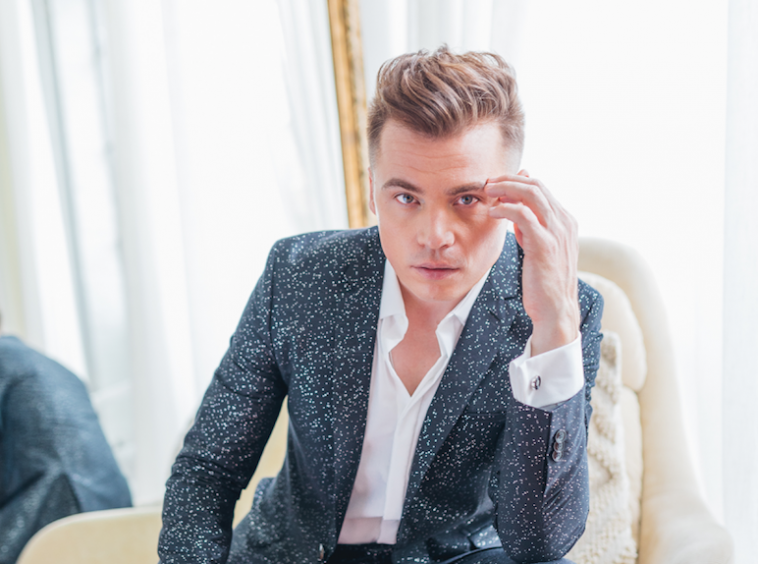 Shawn Hook is making his highly anticipated return to the music industry with a brand new single titled “I Don’t Wanna Dance.” After taking streaming platforms, stages and the internet by storm with his previous smash hits, including “Sound Of Your Heart,” listeners and fans have eagerly awaited to see what Shawn Hook would share with the world next.

Changes over the past two years have allowed the singer to focus more on his craft and allow his sound to naturally mature. In an exclusive interview with CelebMix, Shawn Hook opens up about the brand new track, collaborations and more.

For those who do not already know, how did you first get started with music?

When I was 4, my parents made me tag along with my older sister to her piano lessons.  I eventually picked up piano and my love for music grew from there. I started writing, recording and performing my own music in high school and eventually moved to Vancouver and then to LA to pursue music full time.

You have a new single titled “I Don’t Wanna Dance.” Why did you decide to kick off 2020 with that track and what was the inspiration behind it?

It’s been a while since I’ve released music and I’d be lying if I said the last two years haven’t been frustrating. I went through a lot of change in the past two years on the business side of things. New label, new publisher and it took a little longer than I anticipated to have everything line up for this release. I’m happy I didn’t rush something out though. I always listen to my gut and something about this song, “I Don’t Wanna Dance,” crossed off a lot of check marks for me. The day we wrote it was one of the most fun experiences I’ve had in the studio and you can really hear that vibe in the recording. The older I get, the more I want to spend my time with people who care for me as much as I care for them. Living in LA has it’s ups and downs and sometimes I find myself in situations where I feel like a wallflower just trying to fit in. This song was inspired by wanting to be with someone who I could be myself with.

Can fans expect a music video for it?

What was it like to work with Vanessa Hudgens for your single “Reminding Me” and how crazy has it been to see the overwhelmingly positive response?

I loved working with Vanessa. From our first discussion over coffee to shooting the music video for “Reminding Me” and all the performances after, it was an absolute pleasure. When a song starts out, it’s usually just an idea that sometimes exists for a moment and sometimes that little idea turns into a worldwide hit. You never really know how something is going to be received, but I’m very happy with the level of success it has achieved.

Are there any artists that you would love to collaborate with either this year or in the future?

I love collaborating with other artists as well as writers and producers. On the artist front, I’d love to collaborate with Dua Lipa, but I feel like I’d be in a long line of artists wanting to work with her. Other artists on my dream collaboration list; Post Malone, Halsey, Julia Michaels and Adele.

I know you have shared the stage with several incredible artists like Shawn Mendes and The Weeknd, but what is your all time goal in terms of a major festival performance or a band/artist you would love to tour with?

I love Coldplay. If I could tour with them one day, that would be amazing. They put on such a killer show and I’d love to be part of it anyway possible. I’d sell their merch, clean their green room, fill their water bottles, whatever it takes! Apparently, they are on a tour hiatus to reduce their carbon footprint (which I commend) so I might have to wait till they figure out a carbon neutral method, but that would be one of my dream tours.

What can fans look forward to when it comes to the rest of this year? Is there anything you can tease?

We want to be the first to hear your thoughts on Shawn’s new single! Tweet us using @CelebMix and let us know why you love it!

Listen to his tracks on Spotify.