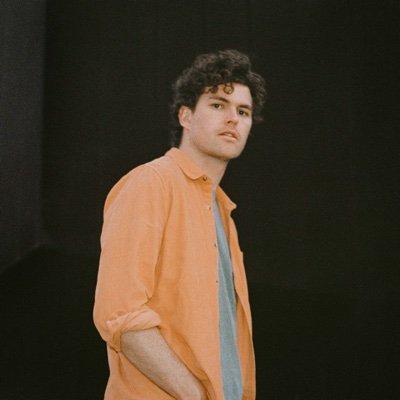 Vance Joy is back on the music, releasing his first single in over three years, Missing Piece. Which was recently used in the hit TV show Greys Anatomy, in an episode that said an emotional goodbye to a much-loved character Avery Jackson.

We caught up with Vance for a chat about his latest single Missing Piece.

” Missing Piece was a track I wrote with Joel Little on a zoom call. I’m a big fan of his great songwriting and production. It ended up being really relevant and fitting as it’s about missing one. And at the time I was doing the long-distance thing because of COVID, I was separated from my girlfriend as she was in another country and I couldn’t travel to see her. It can be tough but when what you have is good you know that these separations are just small stuff; you’re both holding the line. It’s about the stillness you find when you are together.”

The track being used in Greys Anatomy for such a pivotal episode in the series is something Vance found really cool.

“It was a great way to get the song out there,” he says. “It also really fits the meaning of the song, and the scene it’s played in just ties it all together. I think we tapped into something that’s relatable given so many people around the world have been separated recently due to restricted travel.”

Having made the concious decision to step back and not release music for awhile. Vance has spent some of his time during lock down writing.

“Lots of writing sessions over Zoom. Which was really interesting, the only difference is because of slight delays with internet connection, you can’t vibe as much like you do when writing in the same room, face to face.”

Vance plans to release more music this year and hopefully get back on the road when travel restrictions are lifted.

Let us know your thoughts on Missing Piece on @CelebMix!