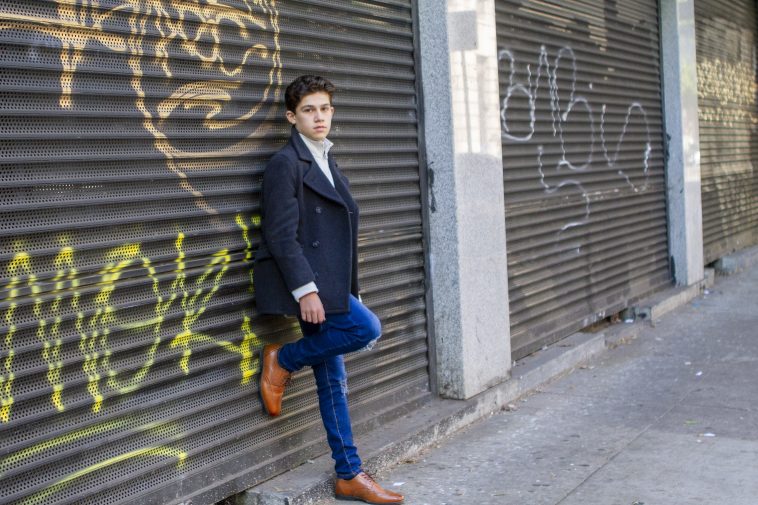 Jackson Dollinger first caught the attention of the masses on Disney’s Sydney To The Max. Now, he is making a name for himself in the music industry as a young up-and-coming artist, producer and songwriter. Dollinger will release his highly-anticipated debut EP, ‘Social Isolation,’ on January 19th. This project includes four original songs and will provide listeners with a concrete idea of his new sound. In an exclusive interview with CelebMix, Jackson Dollinger opens up about his music, dream collaborations and more.

What first got you interested in music and creating music?

I really got into music a little over a year ago. One day, I was scrolling through YouTube and I stumbled across a video posted by Internet Money Records. It was a tutorial on how to make melodic trap beats. I watched the video, and for the whole 10 minutes, I was completely immersed in it.  I have always enjoyed music, but I never really cared about how it was made. This video definitely rocked my world in the best way. I grabbed my laptop and immediately started clicking around on GarageBand. I started taking music theory lessons in addition to drum lessons immediately. After about a month and a half of becoming proficient on GarageBand, I bought Logic Pro X, a professional music software. I’ve been using it ever since. I am able to make my beats, write my songs and record on it.

What artists or bands have influenced your music so far?

I would say my biggest musical inspiration is definitely Juice WRLD. Some other musical influences include Justin Bieber, Blink 182 and Iann Dior.

Your debut EP is coming out soon! What was your experience like regarding recording “Social Isolation” during the current pandemic?

Yes! I’m so excited to share it with everyone. Honestly, the pandemic really helped me focus on my music.  It really inspired me because the pandemic caused so much uncertainty in the world. It was great to work from home in my studio and it was sort of my therapy during that crazy time. I really enjoyed the process of producing, writing and recording on my own time schedule. If I felt inspired, I could just walk into my own studio and make a song. I don’t have to rely on the studio, engineers, songwriters and producers. It was a super chill experience.

Is this project’s title inspired by quarantine and going through the motions of COVID-19?

Definitely! The project is called Social Isolation because I produced, wrote and recorded all the songs on it during this quarantine or “Social Isolation” period.  I decided early on in the quarantine that I was going to spend my time being productive instead of just playing video games.

Do you have a favorite track off of “Social Isolation” that you feel particularly connected to right now?

My favorite track on Social Isolation is “Moonlight.” The track I feel most connected to right now is “Golden Hour” because I’ve been really working on not taking the little things in my life for granted.  Everyone has something that they can be grateful for or find joy in.  It could be as simple as a beautiful sunset or a full moon.

Olivia Rodrigo, also from Disney, had her song “Drivers License” take over the world shortly after she released it! Is it cool to support other Disney stars and see them thrive in the music industry? Would you like to work with other singers who act on Disney?

Of course! “Drivers License” is such an amazing song!! I’m so happy for her and she definitely deserves the attention she’s getting for it. There are so many talented actors and singers in the Disney family. I would love to collaborate with other singers on Disney!

Speaking of other artists, who would you like to collaborate or work with in the future?

I would say my dream collaboration is The Kid Laroi. I feel like our voices would work well together on the same song. I also feel like he would be a great collaboration because he has been making music since he was my age and it’s cool to see him excel after working so hard at such a young age.

Can fans look forward to any music videos or content to go along with your EP?

Most definitely! Be on the lookout for some lyric videos and a couple music videos!