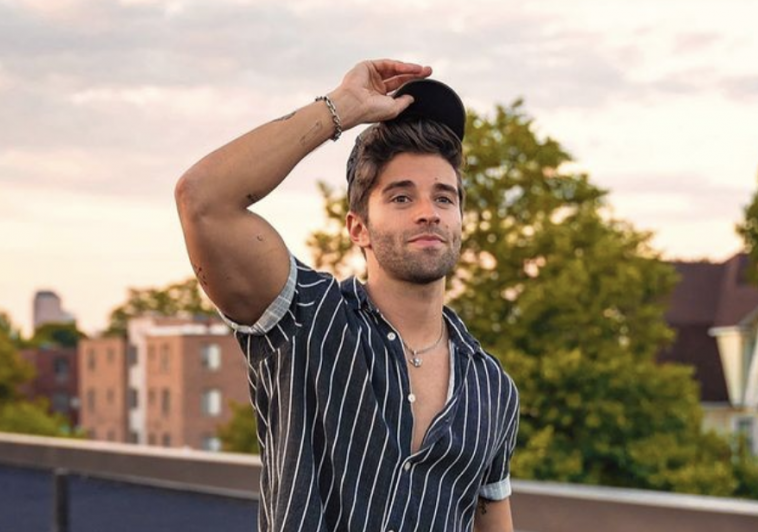 Jake Miller has been taking over social media, stages, and streaming platforms for years with his catchy, yet intricate production and impressive vocals. With countless fans on TikTok and millions of streams on platforms like Spotify, he’s garnered an overwhelming amount of support from listeners all around the world. Miller is always on the go, whether he’s working on new music or performing in front of his adoring fans. Recently, the “Rumors” singer-songwriter released a brand new single, “Keep Her,” accompanied by a comical music video that has left listeners desperate for more. Now, he’s about to wrap up his “8 Tattoos Tour” which made its way to 11 cities across the United States. In an exclusive interview with CelebMix, Jake Miller opens up about touring, “Keep Her,” and what fans can expect to hear from him next.

What can you tell us about your latest single “Keep Her” and the inspiration behind it?

“Keep Her” is definitely one of the most fun songs I’ve ever created. I wrote it with my friends Gingerbread and Sayak. Performing it every night on stage is even more fun than when we recorded it.

The music video for “Keep Her” is beyond funny and definitely unique…the fans are loving it! Did you help come up with that concept or how did it all come together?

I came up with the concept with my girlfriend over a sushi dinner date. The concept doesn’t really have anything to do with the lyrics of the song, we just wanted to come up with a super funny and unique idea. Shooting it was hard work but so worth it! I produced, directed, and edited the entire video.

How does “Keep Her” differ from “8 Tattoos,” the other single that you released this year?

“8 Tattoos” is a bit more deep conceptually. It’s about the progression and growth I’ve seen in my life in the last 10 years. “Keep Her,” on the other hand, is just a fun, summer song to dance to.

You’re on tour now across the United States! What songs do you love to perform in front of your fans the most?

I love performing “Keep Her,” “8 Tattoos,” and “Saved Me” the most. The energy is just on another level!

Do you see yourself taking the tour internationally or is that something you’re hoping to do with another tour in the future?

Unfortunately, this tour won’t go international…but I can’t wait to head back to Europe hopefully in the next year.

I have three more new songs coming out in the next few months. They’re very different from “Keep Her” and “8 Tattoos,” but I love them so much. They’re both a bit more emotional and deep.

And for new fans just discovering your music, what do you want them to know about you?

I’d love for them to come to a show and see me in person. Not only do I love to meet everyone face to face and thank them for their support, but the energy at my shows is just something you have to see [firsthand]. The vibe in the crowd is always unreal!

What are your goals for the rest of 2022? What do you hope to accomplish before the year ends?

I plan to put this EP out after the tour and prepare for a strong 2023! More music and more tours always!