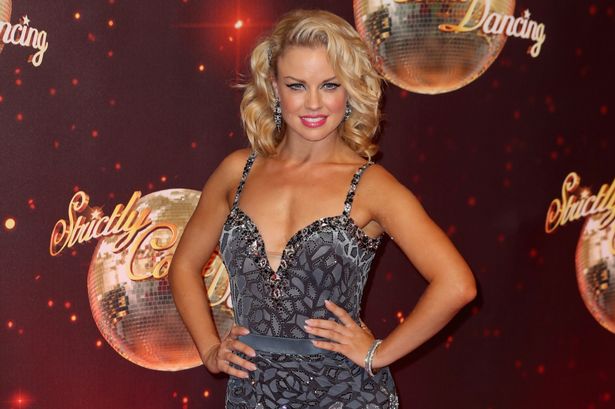 Strictly Come Dancing champion Joanne Clifton is just one of many famous faces who will be taking part in the All The Web’s A Stage online performance on Shakespeare’s Day, 23rd April. The selection of online performances will help raise money for those in the arts that are facing hardship as a result of coronavirus.

Here at CelebMix, we caught up with Joanne to find out what we will see from the All The Web’s A Stage and why it is so important in the industry. She let us know what we can expect to see from the rescheduled Burn the Floor tour with her brother, Kevin Clifton.

You’re just one of many professionals who will be performing for All The Web’s A Stage, can you tell us what made you get involved?

I am such a believer that when times are tough we have got to stick together! With people confined to their homes, we are seeing more and more people turn to the arts for some form of relief, however, it is also important that we remember to support those who work in the arts during these uncertain times and I am more than happy to do my bit!

What can everyone at home expect to see from All The Web’s A Stage performance?

Some of the biggest and brightest of today’s talents all coming together to support other members of our community, entertainment and raising money for a great cause. Who could ask for anything more?

You and your brother Kevin will be headlining Burn the Floor, what can audiences look forward to?

They can look forward to being BLOWN AWAY! Before COVID-19 hit, we were in the thick of rehearsals and I cannot wait to share this show with you all.

This is the first time doing the tour with your brother, what is it like working alongside him?

It’s been great to work with my brother again. We last worked together when we were both on Strictly! Four years ago now! So, it’s been great to come together and celebrate everything we have both achieved during those four years. He’s still annoying though.

After the huge success of the first-ever UK Burn the Floor in 2019, do you feel like there is pressure for this year’s production?

Last year was their first theatre tour and it was amazing to see that this show can work in any performance space. One thing I love about Burn the Floor is that they are constantly pushing for excellence, to make each show better than the last. There is pressure to make sure the show is better than ever, but also the amazing team will only let that be the case.

The theme of the show is an ‘Anything You Can Do…’ inspired theme, what can you tell us about that?

Me and Kev have never been afraid of a little bit of sibling rivalry, so it’s a reflection of the parts of the show where I get to show everyone that I am the better Clifton. There may also be a very special rendition of that classic Berlin tune in the show.

You’ve had some pretty significant moments in your career, what are your favourites?

It’s so hard to pick! Winning the World Ballroom Showdance Championship was pretty incredible, and just the perfect end to a whole lot of hard work. Winning Strictly with Ore Oduba was amazing. I am also so grateful for every acting job I have had, as they have all taught me a little bit more about myself.

Since winning Strictly Come Dancing in 2016, you have starred in several musical theatre productions as a lead role. What is it you love about musical theatre?

It’s something I’ve wanted to do ever since I was small, so getting to explore acting slightly later in life has been a real treat. I love getting into the mind of a character, figuring out how their brain works and what is or isn’t similar to me. Also, being able to sing and act as well as dance is awesome.

What else can fans expect to see from you later on this year?

That would be telling…

We are excited to see Joanne as she takes part in the Burn the World tour. If you still haven’t got your tickets for the rescheduled shows you can purchase them here and find out more information.

Will you be going to the tour? Let us know on Twitter @CelebMix.