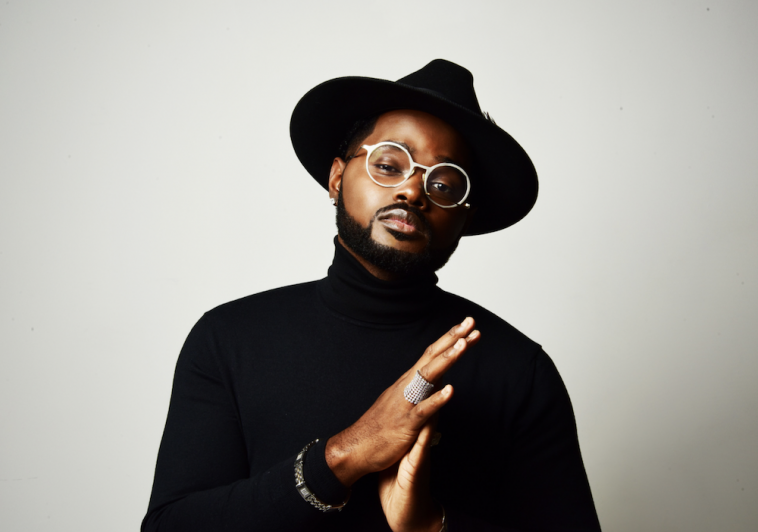 Listeners may remember John Holiday from his powerful vocals and impressive talent televised on Season 19 of The Voice. Described as “one of the finest countertenors of his generation” by Los Angeles Times, Holiday has already captured the attention of countless music fans around the world with only two singles on streaming platforms. His latest release, “Waste Mine,” is an intimate track that portrays his love story with now fiancee and former The Voice contestant, Rio Souma, who he met while on the show. In an exclusive interview with CelebMix, John Holiday opens up about his new single and what fans can expect from him going forward.

What can you tell us about your single “Waste Mine” and the beautiful inspiration behind it?

“Waste Mine” is the beautiful song that I first heard, back in early-summer of 2020.  Immediately, upon hearing the song, I ran over to my now-fiancee’s, Rio Souma, hotel room to let him hear the song because I believed that it was the closest representation of what I felt about him and our budding relationship. For me, it was such a specific fairytale story that I believed was happening in my life. All at once, the song represents the butterflies I felt about Rio’s and my new relationship, but it also showed that love was possible.

There must be several artists that you grew up listening to and have been inspired by. Who are those artists and how have they helped shape the music you create now?

Oh, wow. There are so many artists that I’ve listened to and that I still consider to be architects of my musical palate. I love The Clark Sisters, Yolanda Adams, Patti Labelle, Luther Vandross, Brandy, Leontyne Price, Whitney Houston and so many more. The most influential artist I’ve ever listened to, however, is the HALLMARK of singers, in my opinion.  It’s the incomparable Celine Dion. To me, there is no one better. I hope to one day share the stage with her. It’ll be the biggest dream come true.

You were on Team John Legend and found love on The Voice. Congratulations on your engagement! How did that experience change your life both personally and musically?

Thank you so much. That relationship has changed my life. It opened my eyes even more to possibilities that love, in fact, was still available to me. That fairytale endings are happening all around me. Love finds a way through and through. Honestly, it’s the most beautiful love story.

How does “Waste Mine” differ from your debut single “Alive In Me” which you also released this year?

“Waste Mine” talks about all of the vulnerable moments that most new couples don’t usually discuss with outsiders. For me, it’s all about letting your guard down and letting God do the work…..being open and honest about the feelings you have for another soul. The angst, uncertainty, butterflies combined with the desire to be one hundred percent committed to the discovery of the possibilities of what can be.

I think “Waste Mine” puts those feelings into action and verbalizes what most brand new couples experience. No one is ever certain that it’ll work out, but we certainly hope that it does. But, the one thing this song says is that even if it’s all a mistake, let’s make it the best one that we have ever made so that at least we’ll know. It’s the beauty of emboldened love and not letting anything or anyone shake the foundation. Most would say the cardinal rule to not break is wasting their time, and he I am saying…..IF you’re going to waste time, please waste mine!

What can you tell us about the music video for this single?

There is a new video for it that includes Rio Souma, my fiancé. What I wanted to do was detail the ways in which Rio and I became close and how we courted each other. During our time on The Voice, even though we were not technically supposed to be in each other’s room, I’d go over to his room to ask about bantu knots. So, Rio would put bantu knots into my hair, we’d watch movies and learn about each other. In the most beautiful way, it was the most intimate that I’ve ever been with anyone in my life. The idea of trusting him enough and him trusting me enough to allow me into his space…..mentally, spiritually and physically. I’d go over to spend time with him because I wanted to know him…..the soul of him and those whom he loves, through his stories about them. In that time, I learned so much about myself. I learned that intimacy is what you make it, and I think that our video captures those moments.

What do you want new fans who have just discovered your music and haven’t watched The Voice to know about you?

I want new fans to know how thankful I am for their support, encouragement and that they’re listening to my music. They’re the ones who make it live on. They are the ones for whom it takes on new meaning. I also hope that they see themselves in me and those whom I love. Most of all, I want them to see all of the components that makeup John Holiday. There is so much there……so many layers, and I’m happy to give them a front row seat to my life and the things that enable me to keep going. I hope they find that I’m a good person whose aim is to help others see the good in themselves and pay it forward.

Can fans look forward to hearing more music from you by the end of this year?

Oh, yes, there is more music coming, so stay tuned. I’ve had some pretty incredible collaborations with phenomenal writers, producers, and more. Without ceasing, I’m thankful for this moment, and I’m praying that even more opportunities to share myself and my music will come to fruition.

For other links and more John Holiday, click here.