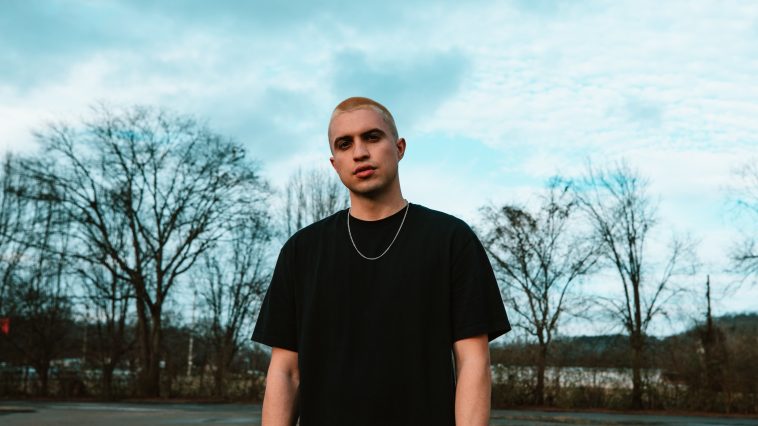 Kyd the Band has teamed up with gnash for a brand new track “Heartbreak Anthem.” The collaboration between the two acts follows their work together on gnash’s song “pajamas.” With a strong following on both streaming and social media platforms, Kyd the Band has developed an impressive fanbase and powerful support system over recent years. This single is only the beginning of what the “Heartbreak Anthem” singer will share with fans this year. In an exclusive interview with CelebMix, Kyd the Band opens up about the new single, upcoming EP and more.

What can you tell us about your upcoming single “Heartbreak Anthem” and the inspiration behind it?

Heavy music has always been what resonates with me most, and so I have this really deep appreciation and fondness for sad songs. Now having been able to tour a lot I’ve been fascinated by how cathartic and unifying songs about pain and heartbreak are for people in the room. That’s where this song comes from for me.

Can fans look forward to seeing any visuals for that particular track?

With everything around COVID-19, I’ve had to tweak some of my plans for this song… so there won’t be a traditional music video just yet. But we are going to do some other visual stuff around it that I’m excited about.

Speaking of new releases, you just announced that you have an EP coming out soon! What types of tracks or messages can fans expect to hear on it?

The first wave of music anyone heard from me was everything that was my childhood, and so Season 2 is the by-product. It’s all the reactions and consequences to that, and I want people to hear the message of someone trying to navigate through all that.

You toured with Lennon Stella and NF! What was that experience like and do you have any distinct memories you can share with us?

The Lennon Stella tour was a lot of fun. Her crowd is not the crowd I’m usually in front of, so that was a cool change of pace. One distinct memory from that tour is coming into Germany from Switzerland and getting pulled over my German border patrol, just because they can do random stops and searches. That was pretty nerve-wracking.

The NF tour was really great too. His fanbase is one of the most dedicated fanbases out there, and the energy at every show is so special.

If you could tour with anyone next year, who would it be and why?

I’d say Melanie Martinez. I love what she’s doing and the world she’s created is super interesting to me. Or I’d wanna go do like a rock tour…[with] Kings of Leon or somebody.

What else can fans look forward to seeing or hearing from you before 2020 ends?