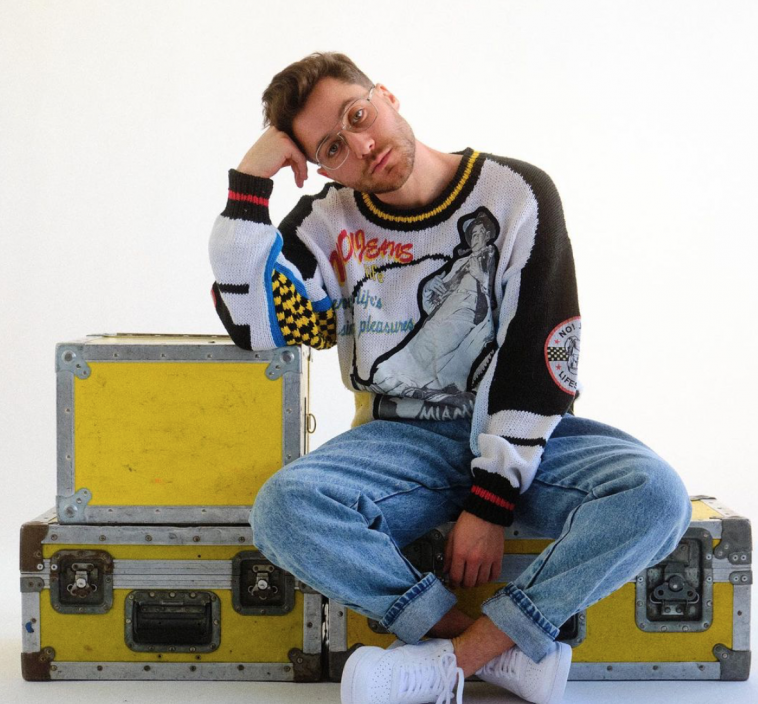 “I feel like something is going on – I need to get into the studio and finish this just in case something big happens,” JORDY tells his manager over the phone.

The LA-based pop star has just shared a snippet of a rough track idea on TikTok. The song, ‘Long Distance’, sees the singer muse on making things work with a lover.

In the middle of a pandemic with many stuck at home unable to see loved ones, JORDY struck a chord. The TikTok was pulling in thousands of views every 30 seconds as more and more users across the globe connected with the snippet.

Fast forward three weeks and the TikTok nears 1.5 million views, ‘Long Distance’ has hit streaming platforms in full and even launched an attack on the iTunes chart.

“It must’ve just hit the algorithm and the numbers just kept going up,” JORDY laughs thinking of that day he broke the internet.

“I’ve been putting out music for years and it made me laugh – was this all I needed to do the whole time? Post a video of me singing in my room sitting on the bed?”

The singer first arrived on the scene in 2017 and has enjoyed success since with bubbling pop tracks ‘Just Friends’ and ‘I Just Wanna Be Loved’, the latter released earlier this year. Now, off the back of viral success with ‘Long Distance’, more and more pop fans are tuning into the rising star.

“It’s funny because I feel like it’s all meant to happen right now,” JORDY admits. “I’m a better writer and a better artist than I was two years ago.”

Very much a pop star for 2021, JORDY’s knack of putting candid experiences to clever pop production has fast become a trademark – as showcased on ‘Long Distance’.

“All of us can relate to this feeling of craving physical affection and human touch right now because there’s a lack of that. I hadn’t really dated in a while and it was in the middle of a pandemic, so why not take advantage of this moment with someone in a different city.”

JORDY admits it didn’t work out with the boy in the end, things ending amicably. “He’s definitely heard the song and is aware what’s going on,” the singer chuckles. “He’s a great guy and he’s been very supportive and very sweet.”

For those new listeners heading JORDY’s way, there’s already a glorious discography of pop flicks to dive into. The singer hints at a bigger collection of tracks being readied for a Spring release too. For now, alongside ‘Long Distance’, tracks like ‘I Just Wanna Be Loved’ and ‘Tomorrow’ are evidence of just how great that record could be.

“A lot of these songs were written in lockdown on Zoom, it’s crazy! I recorded ‘I Just Wanna Be Loved’ laying in my bed crying about a boy with my friend Austin.”

“It’s been crazy making music at this time, but it’s been really special and cool and given me a chance to make friends with some great producers.”

With his storytelling know-how and lovesick tales, it’s no surprise that JORDY rattles off Julia Michaels and Lauv as inspirations and dream collabs. For fans of those, the ‘Long Distance’ singer is a guaranteed new obsession.

You can’t think it’ll be long before arena-playing names like those turn their heads JORDY’s way too – Meghan Trainor has already taken to social media to share her love for ‘Long Distance’.

For JORDY however, the dreamy LA pop star has got his feet firmly on the ground and all eyes set on this year’s upcoming releases. 2021 is going to be quite the year for pop’s next big thing.

Are you a JORDY fan? Is he your new obsession? Let us know @CelebMix on Twitter.