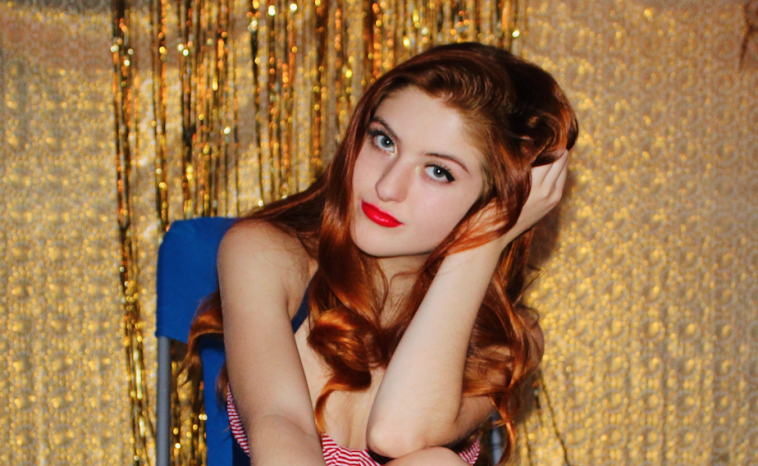 Up-and-coming multi-instrumentalist and vocalist Marlhy is already a force to be reckoned with in the music industry. The “Green Light” singer has taken the pop world by storm with her powerful vocals and unique sound. Most recently, Marlhy teamed up with hitmaker, pluko, for the track “feelings” which has captured the attention of countless music fans around the world. She continues to impress listeners with her ability to effortlessly blend genres. And her passion for sharing meaningful messages through her music has not gone unnoticed. With a busy year full of singles and an EP seemingly on its way, it appears that 2021 will be even more chaotic and full of success for Marlhy. In an exclusive interview with CelebMix, Marlhy chats about her latest singles, dream collaborations and more.

What can you tell us about your recent single with pluko titled “feelings” and the inspiration behind that track?

“Feelings” was 100% from the mind of pluko and I was so honored he brought me in on the project. I think this song has a really supportive message right now for anyone feeling overwhelmed or isolated during the pandemic. For me, personally, I love the idea of just reimagining what is possible and that we can build a world that has no ceiling.

How was it to work with pluko?

It was an amazing experience! pluko was great to work with and encouraged me to bring my style and sound to the lyrics. I also love how pluko put a new spin on the duet style by layering our voices together and I felt like that really supported the message in the song that “we’re just the kids” and we’re all in this together.

Is there anyone else you would be interested in collaborating with for a future release?

I think my dream collabs would be with 6LACK or H.E.R.

You released a new single “R.I.P.” on October 23rd. What was the inspiration behind that track?

When I was in the studio writing R.I.P., I had just gone through a really difficult breakup. I was frustrated with myself for letting it hurt me for so long, and felt like the best way to bounce back from it was to tell myself I’m better than this. It’s really hard to let go of toxic people in your life, and knowing that other people feel the same and are going through the same thing, I wanted to try to create that anthem for people who need that reassurance and support that you’ve made the right choice in cutting toxic people out of your life.

The music video for “R.I.P.” also dropped on the same day. Can you tell us what inspired the visuals behind the video?

I’ve always had a love for fashion/music from the 40s-50s, I wanted to take that but add a message of empowerment to it. I took that image of women in the 50s and put my own modern spin on it. The video is campy and was really fun to shoot. I felt like it was a great symbolic representation of getting rid of the toxic people in your life, moving on, and feeling good about yourself and your decision. Cutting toxic people out can be a messy process, but in the end it’s for the best.

Who would you say has influenced your sound both growing up as a musician and currently?

Artist wise, I really enjoy listening to different kinds of music to draw inspiration. Some of my all time favorites are Amy Winehouse, Bob Marley, The Cure, and Ella Fitzgerald. For my songs, I always pull inspiration from my life; everything you hear me talk about in my songs actually happened to me and is something I’ve gone through/learned from.

How has the current pandemic altered or shaped how you have been creating music and working on new content for listeners?

Honestly, when the pandemic started, being in quarantine took a toll on my mental health. It was rough for a bit, but I had realized I was so accustomed to writing with others lately and felt like I should challenge myself and strengthen by writing songs on my own like I had been earlier on in my career. I also learned a lot about recording and producing vocals, since I’ve been having to record demos myself and can’t go into the studio. I’ve been really fortunate to be able to start working with some of my favorite teams again over Zoom so things are starting to feel back to normal again, even though I still can’t leave my house much.

I’ve got lots of new music coming. Other than that, I honestly take it day by day. I’ve learned that I’m happiest when I set goals to fight for, and really think through the opportunities that come my way. I do have an EP ready to go, just waiting for the right moment [to release it].