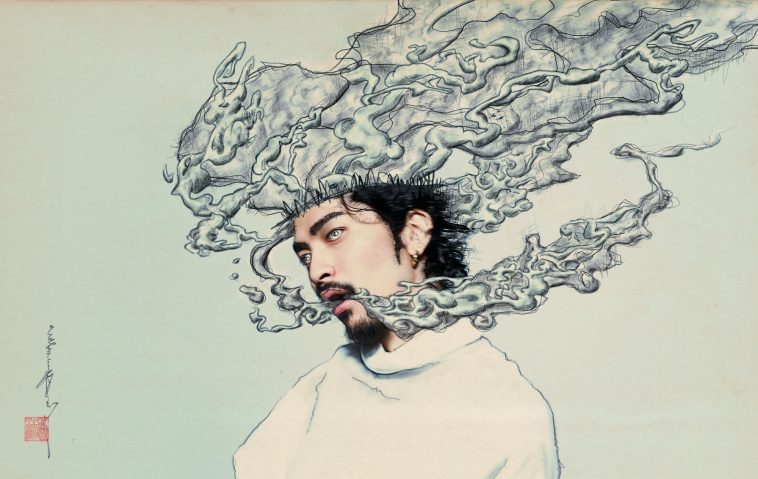 Millennium parade surprised fans with a brand new project this year. The creative collective and music group released an album, The Millennium Parade, which was inspired by the Japanese folklore ‘Hyakki Yagyo’ – The Night of One Hundred Demons. Consisting of 14 songs that cover various genres, this album has captured the attention of millions of music fans around the world and continues to match the level of success millennium parade has reached over the past few years. In an exclusive interview with CelebMix, millennium parade chat about the inspiration behind their latest album, touring and more.

What can you tell us about your brand new album?

The concept of album was based on the Japanese culture of “funerals,” “festivals to worship the dead” and “fireworks for prayer.” As this is our debut album, we wanted it to be a kind of “business card.” That’s why we didn’t ask for a wide range of features, but rather spent a lot of time working with the members of the band, who of course have known each other for quite a long time and have been making music together since our school days, and who have a good understanding of each other’s personalities too. We hope to use this album as a basis for future collaborations with other great artists from around the world.

What bands or artists helped inspire this new sound and project?

It’s hard to point a particular one, because we are influenced by so many things in our lives. If I had to pick one, it would be the video of Woodstock Festival in 1969. I saw that video as a child and it was my original experience of “enthusiasm.” When I was a student, I played as a cellist in the orchestra of Seiji Ozawa, one of the most famous Japanese conductors. In a classical concert in Japan, people would listen really quietly, but it was not like that at all when we played in China, there were cheers and shouts, which shocked me and made me happy as a child. Also, the pop art culture has a big influence on this project. Andy Warhol’s Factory was a collective where artists of all kinds came together to create a culture and that’s the model case we’re aiming for.

Speaking of other artists, who would you like to work with in the future?

In terms of music, I’ve always admired Thom Yorke, Kendrick Lamar, James blake… Recently, I’ve been impressed by slowthai’s genre-bending approach to individuality. I’d also like to work with Rei Kawakubo and Hayao Miyazaki, two of Japan’s most famous artists. There are too many others to mention!

What track on The Millennium Parade was the most difficult to record?

Tokyo is a chaotic city of mixed cultures. I wanted to create a collage of different genres and textures in one piece, but it was difficult to find the right balance. With one of our songs ‘2992’, we’ve done [a couple of] re-arrangements despite reaching the mixing check level. I don’t know how many times I’ve said “it’s [going to be] done by today!”

Will there be any music videos or special visuals related to this project that may be released?

We’ve got a really cool music video coming out in April, which is in animation style, and we’ve got a huge new song coming out in the summer. Our members also have been creating entire music videos, so we hope you’ll have a look at our previous work too!

If you could perform anywhere in the world (once it’s safe), where it would be and why?

We all want to get on a big tour bus, go around the world and surprise people. Like a circus company. I also want to play festivals all over the world. I’ve been dreaming of the day we play on a stage at Glastonbury and Coachella. I’d love to be a part of the two biggest festivals that I check out every year.

What can fans look forward to coming soon?

Please expect some exciting stuff! I want people to know that there are artists like us in Japan.

Check out all of their music on streaming services.