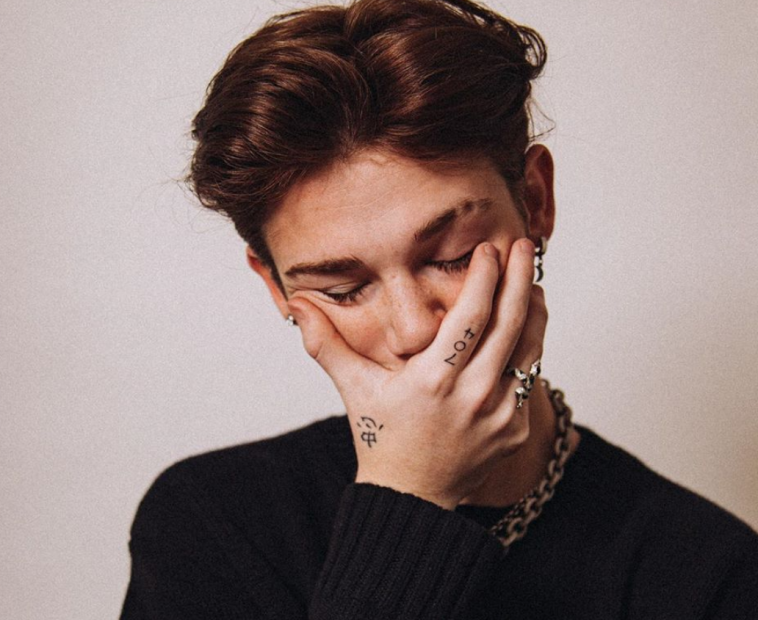 Payton Moormeier is back with new music and visuals. The release of “Hard To Breathe” and its music video is drawing in the attention of millions from around the world. At only 17 years old, Payton has an impressive following across both social media and streaming platforms. His relatable lyrics, powerful vocals and charming nature make him an artist to watch out for in the near future. Clearly, this is only the beginning for Payton Moormeier. Fans of blackbear and Machine Gun Kelly are easily discovering him, causing his fanbase to exponentially grow. In an exclusive interview with CelebMix, the “Hard To Breathe” singer opens up about upcoming music, social media and his fans.

What can tell us about your new track “Hard To Breathe” and its message?

“Hard To Breathe” was definitely a very fun song to make. It’s about a relationship I was in and [then] things ended…but I was very back and forth with myself about it. I [was] wondering if it was the right move to breaking it off [and] then “Hard To Breathe” came around.

How is that single different from other ones you have released in the past?

It has more of a Alternative/Rock vibe [more] than anything i’ve ever done [and] it’s personally my favorite song I’ve made just because of the energy it carries.

Speaking of other tracks, what was the response like after sharing “Habits” and its music video with your fans?

The response was amazing. [It’s] always nerve racking dropping a [new] song, especially this early in my music career…but [it] warms my heart to see such great feedback on my work.

What would you say is your favorite social media platform and why?

Probably Instagram! I feel [like] it’s the best social media to let my fans keep up with my behind-the-scenes and life stuff. [It also] lets me get more personal with fans.

For new fans who may have just discovered your music, what would you like them to know about you and the music that you create?

I’m a 17-year-old independent artist just trying to spread my messages and feelings through music. I’ve been playing instruments & learning about music since I was 9 years old, so it’s been a dream working with such a passion.

Can listeners expect any more music videos or tracks coming out this year?

Yes! I have a new song coming out in September, and a music video to follow it!

What artists or bands have caught your attention recently?

Dominic Fike and Lil Aaron have been [listened to on] repeat for me recently.

And lastly, who would you like to work with in the music industry either now or in the future?

Blackbear or Post Malone. [They are] both very big inspirations for me.

Listen to “Hard To Breathe” here.