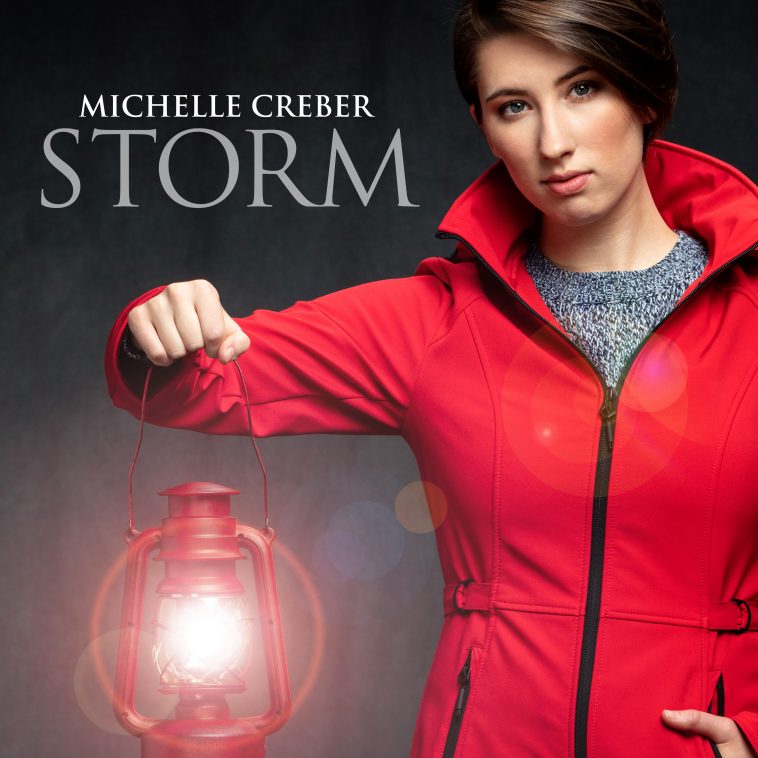 Michelle Creber is a seasoned artist, who since years, has been gracing screen with her voice, music, and acting. Her lead singing features include songs for shows such as NBC’s Nina’s World, My Little Pony Friendship is Magic, and many more. She has also collaborated for a duet with Billy Joel for the movie “Just the Way You Are”.

Performing since a very young age, Creber has done shows across the world, holding concerts across US, Canada, Germany, Poland, Thailand, Australia and the UK.

As an actor, she has worked in shows including Strange Empire, Supernatural, The Haunting Hour, Eureka and others.

Today, CelebMix is releasing an exclusive premiere for her new single “Storm”. The lyric video for the song will be officially released tomorrow.

“Storm” offers a sassy reply to an ex who once was a part of the protagonist’s life but is now only a bitter memory. A reminder of a toxic relationship, the song uses the imagery of weather to reason out the necessary exclusion.

“Storm” showcases the beautiful musical execution as Creber depicts varying moods, complementing the temperature of the song as it moves from anger to sass.

Instruments playing at the background works in tandem with Creber’s vocals, putting forth a cohesive piece of art. The song will definitely please music lovers, looking for some new music to add to their playlists. You can watch the video below.