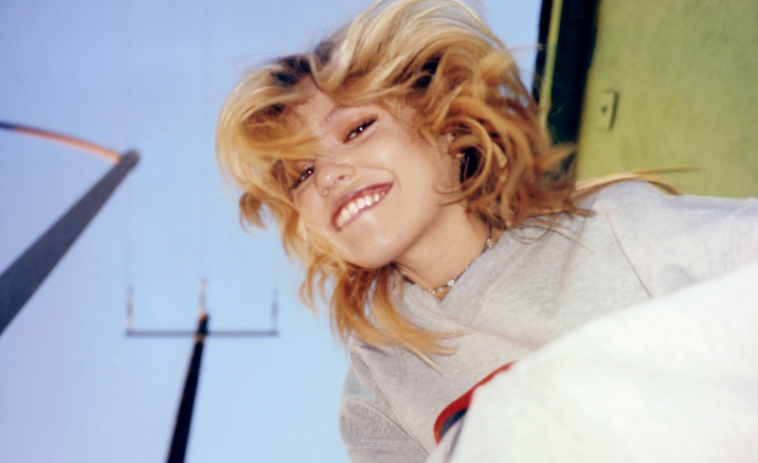 Salem Ilese first reached the masses when she released an unforgettable breakout single and viral hit “Mad at Disney.” With over 220 million Spotify streams and the creation of over 3 million TikTok videos, the track continues to gain support from listeners all around the world. This year, the singer-songwriter opened for LANY on tour, released her EP (L)only Child and co-wrote Bella Poarch’s smash-hit “Build A B*tch.” Now, the “Mad at Disney” singer is gearing up to release her upcoming EP, Unsponsored Content, coming out next year. Her recent single, “Hey Siri,” has become a favorite amongst her devoted fanbase. In an exclusive interview with CelebMix, Salem Ilese opens up about touring, her upcoming EP and more.

You just finished up your first ever tour opening up for LANY! How was that experience?

I’m currently having the post tour sadness, because it was the most fun I’ve literally ever had. It was just so surreal. LANY was incredible…just the sweetest band ever. Paul was so nice, and really made it such an amazing first experience. He made a point of making sure my band and I were always comfortable and having a good time. My band [members] are some of my best friends. We’ve been playing together since college, so this was a dream for us.

Let’s talk about your single “Hey Siri.” How did this track and its concept come about?

“Hey Siri” was actually one of those rare zoom sessions over quarantine that ended up going quite well. It was with our dear friend, Johnny Hawking, who’s in the UK. It was very late at night his time and early our time. I was with Bendik Moller, my co-writer and boyfriend. It was in the middle of the pandemic…very strict lockdowns pretty much everywhere. We had a conversation about feeling very existential and at a complete loss for what was happening next in our lives and in the world.

I remember I had a concept on my phone that was basically [about] trying to find the answers to the questions I can’t Google. Originally, it was going to be called Google or something along those lines, but Johnny had the concept of Siri. He wanted to write the song about how Siri was kind of his best friend at the time and I thought that was awesome. So when Johnny said Siri, we were like, ‘Oh, my God, that’s perfect.’ Feels like fate. Like, we have to write that.

What can you tell us about your upcoming EP Unsponsored Content? What can listeners expect?

This EP is completely brand oriented, because as you may have noticed, I do enjoy writing about brands and involving them in my songs. So anything involving a brand that I’ve released will be on it… including “Coke and Mentos,” “Mad at Disney,” “Ben and Jerry” and “Hey Siri.” You can also expect some new songs on there, which I’m very excited to share. I just can’t wait to share it!

Another highlight of this year was that you co-wrote Bella Poarch’s smash-hit “Build a B*tch.” What can you tell us about that experience?

This one was really exciting for me because I’ve been a fan of Bella [since] forever. She was actually one of the first people to use “Mad at Disney” as the sound in a video on TikTok. We started talking around the time of “Mad at Disney” and she’s just the sweetest person. It was an absolute honor to be able to co-write her first single. I believe in her so much as an artist because she’s incredible. I was happy for that [track] to come out and I was really satisfied with the reaction. I love watching all the videos that people have made with that song and all of the trends that that it took on…especially on TikTok!