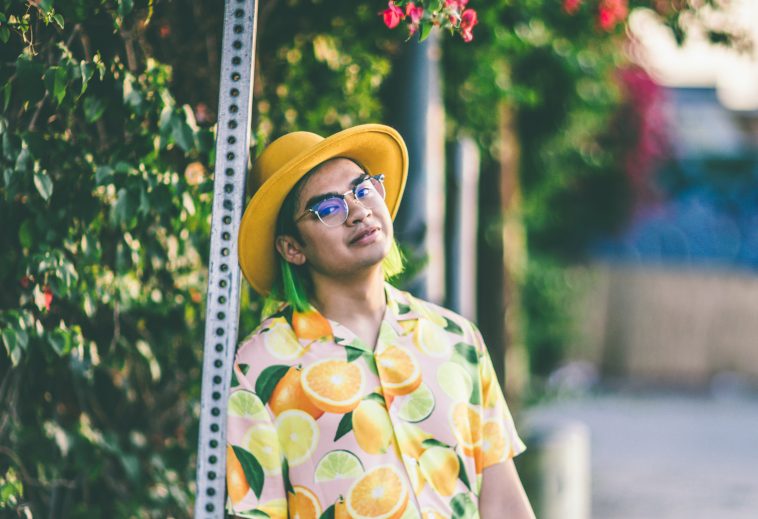 Shawn Wasabi first began capturing the attention of millions of listeners and viewers on Youtube with his mashup tracks created by Midi keyboard. The popular platform has opened up several doors for the singer-songwriter and producer over the past several years. In fact, Wasabi has now written for some of the most popular acts in the music industry and continues to impress his fans with original music released on several platforms. His most recent single, “LEMONS,” features kennedi and is the type of addictive pop track you won’t be able to stop listening to after you give it a listen. In an exclusive interview with CelebMix, Shawn Wasabi opens up about his latest release, Youtube and more.

What can you tell us about your new single “LEMONS” and its overall message?

Shawn Wasabi: Long story short, we wrote the whole song from start to finish while kennedi was having an emotional breakdown. The other co-writer, Annika, and I helped kennedi flesh out the whole thing with our creative therapist thinking caps on. I started the beat with the “dun dun dun dun DUN” you hear and it really makes me feel like I’m the host of a game show from the late 80s/early 90s. I was having a great day that morning, and that was just the music I was hearing in my head. I’m gonna leave the lyrics up to interpretation. And here’s kennedi chiming in too — “LEMONS is about my immediate reaction to a crush (one of many, I have lots) who got engaged. The line, ‘I just think she’s not very nice and you can do better’ was way too many syllables and not as catchy.”

You worked with kennedi on that track! How did that collaboration come about?

kennedi is one of my best friends and favorite collaborators. I met her through our songwriting relationship with Justin Tranter. We both have this chaotic creative energy, but she has reality TV show level creative energy. She’s the type to call everyone “bro” and also turn into a different person every week. But [she] still has a beautiful heart of gold.

How does writing and performing your own music connect or differ from the Midi videos you create on Youtube?

Both are super fun for me, but I have to switch brains for either! I do too many things sometimes. The Midi videos take a lot of my programming and technical mind, mixed in with visual directing eye and repetitive muscle motion. Writing, composing and producing my own music feels very personal, and that’s where my deepest expression really sits.

Speaking of Youtube, you have reached massive success on that platform! Over 100 million streams is beyond impressive. Why did you start creating videos originally?

Thank you! I’m super grateful and glad people appreciate the content I put out on there. I’ve had different content on my YouTube throughout the ages. No one remembers when I posted videos of me playing piano back in high school but everyone knows MARBLE SODA and BURNT RICE and the hits. I’m happy and appreciative [that] it took off! It’s afforded me so many creative opportunities and avenues. I was just having fun making art in the way that felt most creatively natural and personal to me, and I still am. I’m very lucky.

You have written for artists like Jason Derulo. What can you tell us about songwriting for such a major act? Is there anything you have learned or taken away from it thus far?

I’ve worked with so many cool pop artists and it’s always intimidating but fun! I haven’t seen a lot of songs come out that I’ve worked on yet with some people, but I know they’re very particular about what they release. I get that I’m the type of producer who pop artists bring in when they’re like “we need something weird”…but then they’re like “wait that’s too weird.” I wanna be like Max Martin someday if he was Filipino. I’ve been doing a bunch of really fun songs with Jason Derulo recently, and he knows how to pour his heart out in front of the mic.

Who would you like to collaborate with for either a duet or to song-write with in the future?

What can fans look forward to in terms of the rest of 2020?

Well, I am not touring anytime soon! However, my album MANGOTALE is dropping! It’s my first full-length project and I’m incredibly excited for people to listen to it! It’s the album I’ve been wanting to put out my whole life. Two of the songs, HALO HALO and MEDICINE were written during quarantine. I produced most of the whole thing on my laptop in my house. I’ve changed and developed and grown so much (my understanding of the world and myself and personality being disassembled and assembled back together and my friends and the people I meet and am surrounded by and my different mentors) from 2015 til now in 2020, and I feel like this project perfectly expresses that shift while also channeling the energy and emotion I had at those different parts in my life.

MANGOTALE also flexes a lot of my musical range between collaborative pop energy production and weird knob-twiddling audio manipulation sound design and also being a former musical prodigy kid that strayed too far early on off the path. It’s also Asian Pacific Heritage Month this month. Big shout out to all my Asians and Filipinos out there!