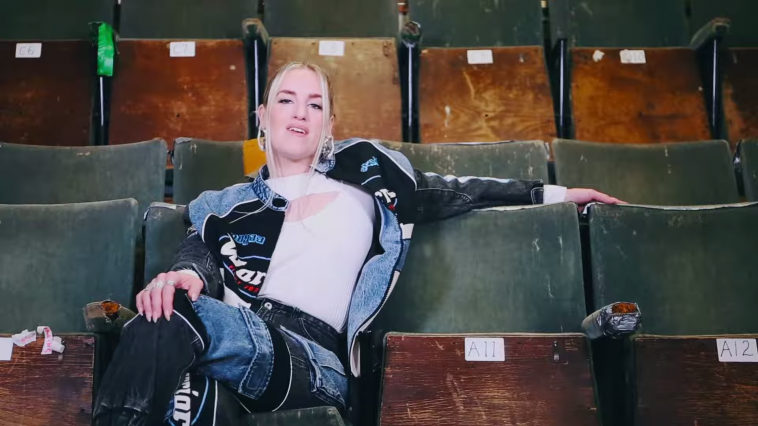 Starling is bold in 2020. In fact, she is up and down per se. “My discipline this year is like never before,” she reveals to CelebMix at the top of our chat about her newest single, ‘Swoop’. “I train my body, voice, structure my day in incredible ways – I have never had this level of focus but it’s also difficult.” The novelty of being at home for Starling has, at times, worn off and she just craves a rave or better still, to play a show and smell the sweat and joy of people having fun.

Starling’s newest single ‘Swoop’ is about owning who you are and what you want. It’s not shameful to be ambitious. “‘Swoop’ is about my giving myself permission to own the bigness of my dream and in doing that, inspiring others to do the same,” she reveals.

“It was written on a dark December day last year, in a shed just outside London with two great songwriters and I felt this kind of breakthrough in myself to go big and to own that desire,” Starling reveals on the creative process of the single. “The production, the video etc really represents that deeply.”

Entirely. I’m always sharing through song, what I’ve just learnt in my personal life – in this case stepping up and owning who I am and what I want.

Starling on the release of her newest single.

In fact, this song was written very quickly, it just came out in a day. Starling wrote the song with guitarist Charles MacDonald and Ben Earle from The Shires and it was such a great vibe to the day. Starling assures CelebMix they are awesome humans and the whole process was hilarious. “The production began in LA in Silverlake with Damian Taylor but the production was finished by David Kyle Payne here in the UK,” she continues. “It ended up sounding so different from how it started. We went down the Missy Elliot vibe as inspo.”

On what she has coming up next, Starling reveals that she will be releasing a song a month for the next nine months – this is how she and her team are going to be sharing her album, her debut, “To Be Alive”.

Let us know what you make of Starling’s new single “Swoop” on Twitter @CelebMix.