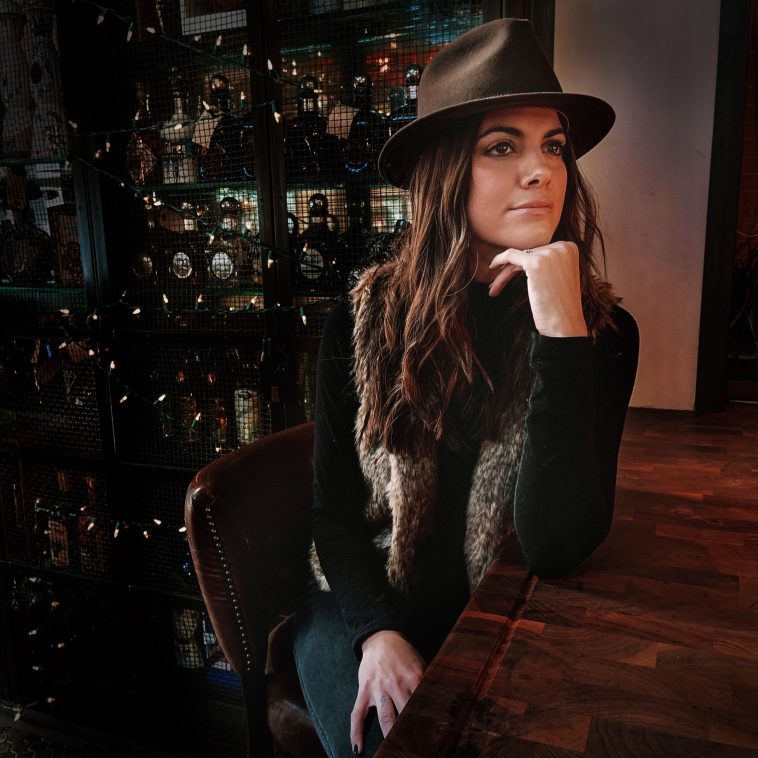 Be yourself; everyone else is taken – Oscar Wilde

You may recognize her from her late teens and early 20’s auditioning for national TV shows such as American Idol, Nashville Star, and The Voice. Stephanie Ryann, a singer and songwriter from Westchester County, New York, has continued to bridge the gap as a badass female artist who loves country, folk, and pop. Often compared to the likes of Miranda Lambert and Maren Morris, Ryann’s “storytelling” writing style and unique sound at 34-years-old sets her apart from other country artists on the scene.

With the ongoing COVID-19 pandemic, many artists struggled to find their place in the industry, choosing to quickly adapt to the transition to digital streaming platforms. For Ryann, the country artist took the opportunity to hone her songwriting skills and teach herself guitar, which lead to the creation of her COVID-19-inspired single, “Nights Like These,” which was co-written by Ryann and Scott Kurt, and produced by Brent Rader in Nashville.

Currently, the single is Ryann’s most streamed song to date on Spotify, with her most recent single, “Ain’t Nothing Better” showing another unique side of the artist’s personality. Now, the new single comes with a brand new release of the music video.

When it comes to personal branding, Ryann is all about the whiskey and her fans.

“There are a ton of songs about whiskey out there, many having to do with drinking away your sorrows after a breakup or missing someone in your life. We (myself, Taylor Teasley and Dariann Leigh) wanted to write a song that celebrated the amber colored spirit we know and love. Whether it’s after a long day’s work or just out on the town with friends, ‘there ain’t nothing better than a little whiskey’.”

Ryann has opened for artists including, but not limited to Jackson Dean, The Felice Brothers, Cole Swindell, Midnight North, Jamie McLean, and Carolyn Miller. She also performed as a backup singer for solo artist, Eliot Lewis, of the legendary pop duo Hall & Oates.

CelebMix spoke with Ryann ahead of the music video’s premiere, who is all about being herself. We asked the artist why Oliver Wilde’s quote above resonated with her, to which she replied that it has really struck a chord over the years as she’s grown older.

“I used to compare myself to others and try to ‘fit in’, all the while knowing that the person I was trying to be, wasn’t me,” she told CelebMix. “I’m so much more comfortable in my own skin, living the life I’ve always wanted to, and I want to be a role model to others out there who know who they are, but haven’t shown it yet.”

CelebMix: What sparked your interest in the industry?

Stephanie Ryann: I’ve always been interested in pursuing a career in music beginning at a very young age. I remember listening to some of my favorite artists like Celine Dion and Shania Twain thinking, “I want to do that someday,” and sure enough, here I am! I started young, performing concerts at home for my family, joining every chorus and choir I could and taking every opportunity that came my way to showcase my voice.

Once opportunities such as “American Idol” and “The Voice” came on the scene, I was right there on line to audition. After years of auditioning and eventually meeting more musicians, I got the opportunity to co-write and record some of my own music, which I released as an EP in 2018. It’s been quite an adventure since then and I’m excited to see where this road leads me.

CelebMix: What has been the biggest challenge for you as an artist, and how have you overcome those challenges?

SR: One of the biggest challenges as an independent artist is getting your music heard. I even wrote a song about it! With so many artists and musicians out there, it’s hard to stand out in the crowd. One thing that’s assisted in this is social media. I love the ability to connect with my fans directly and it gives me access to so many people around the world. That’s a true blessing.

CelebMix: What lesson(s) have you learned throughout the pandemic, as it pertains to your vocals, collaborations, and/or fan base?

SR: Many things have changed for me during this pandemic. In a sea of uncertainty, I’ve really taken advantage of the time I’ve had to reflect on myself as an artist and determine exactly who I am and where I want to be going in this industry. I taught myself how to play guitar which greatly affected my writing process and sound, and I’ve heavily relied on the internet to write and record songs to ensure the health and safety of those I work. I’ve also tried to take advantage of every opportunity on social media to perform and share my music with fans worldwide, though I must admit, I can’t wait to get back to performing live and see the smiling faces I’ve so dearly missed!

CelebMix: Tell us about this new release. Is there a story?

SR: Anyone who’s been following me knows that I love a good, smooth glass of whiskey. There are tons of songs about whiskey out there, many having to do with drinking away your sorrows after a breakup or missing someone in your life. When I sat down to write this, I wanted to write a song that celebrated that amber colored spirit I know and love. With the help of my co-writers and fellow whiskey-drinking gals, Taylor Teasley and Dariann Leigh, we were able to finish the song. Once my producer Brent Rader got a hold of it, he knocked it out of the park (as he always does). This song is an anthem to all women out there who love whiskey as much as I do!

As for Ryann’s fans, it’s more than just releasing the next big radio hit. “It’s important to me as a songwriter to tell my story through my music; it’s about sharing who I am and what I’m about, and hoping my fans relate to that message. That’s my plan, and I’m sticking to it.”