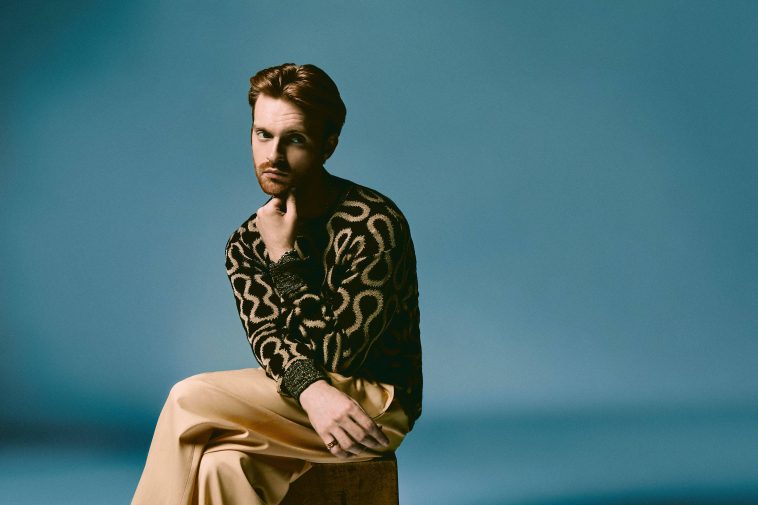 American singer-songwriter FINNEAS (Finneas Baird O’Connell) returns with his first musical release of 2022 this week, in the form of new single ‘Naked’ – an effortlessly smooth and melodic, mid-tempo pop bop that sees the super producer focus lyrically on the demise of a previous relationship.

Arriving hot on the heels of the 24-year-olds recently released cover of Bon Iver’s 2008 hit ‘Flume’, a track specially recorded to form part of O’Connell’s Spotify Singles release celebrating his Best New Artist GRAMMY Nomination this year, ‘Naked’ debuts as the ‘Only A Lifetime’ singer is announced the winner of the Academy Award for ‘Best Original Song’ at the 2022 Oscars.

Serving as co-writer of ‘No Time To Die’, the theme song for the twenty-fifth James Bond film of the same name, the track – performed by FINNEAS’ sister Billie Eilish – was nominated alongside Beyonce’s King Richard track ‘Be Alive’, Lin-Manuel Miranda’s Encanto song ‘Dos Oruguitas’, Van Morrison’s ‘Down to Joy’ from Belfast, and Diane Warren’s ‘Somehow You Do’ from Four Good Days.

Taking to the stage at the Dolby Theatre in Los Angeles last night, the siblings thanked the entire Bond team, as well as their parents, with O’Connell telling the audience both their Mother and Father had “always been our biggest inspirations and our heroes. We love you as parents and we love you as real people, too.”

Having already won an Oscar and a GRAMMY this year, the rest of 2022 looks set to be a pretty epic ride for the ‘Only A Lifetime’ singer, who along with promise of releasing more new music, is scheduled to play both weekends of iconic Coachella in Indio, California next month!

Let us know your thoughts on FINNEAS over on Twitter @CelebMix now!