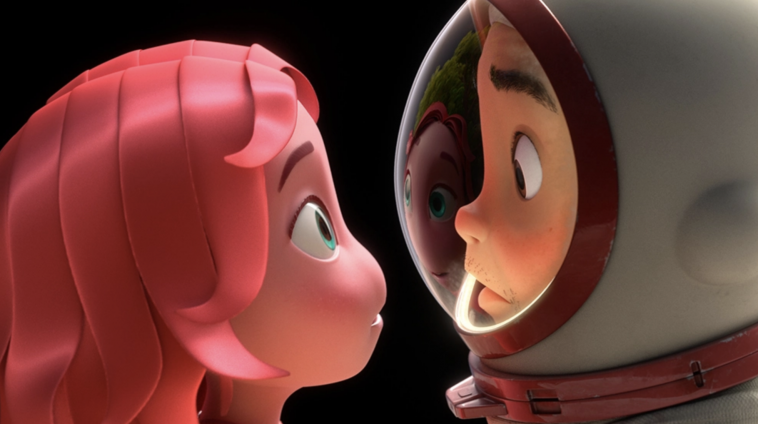 From the new content partnership between Apple Original Films and Skydance Animation comes “Blush,” the first short film premiering as part of this expansive multi-year deal between the two studios to deliver premium animated films and theatrical-quality animated television shows in more than 100 countries and regions on Apple TV+.

Skydance Animation, founded in 2017, is a division of David Ellison’s Skydance Media, which is widely known for its productions of feature film franchises like “Mission: Impossible,” “Star Trek,” and “Terminator,” as well as several Netflix shows.

John Lasseter, who got his start back in the 1970s as a graduate of the CalArts Character Animation program created by Disney animators Jack Hannah and T. Hee, is one of the foremost pioneers in the world of computer animation. Over the course of his decades-long career, John Lasseter’s creative genius played a part in classics like “Beauty and the Beast,” “The Lion King,” and “Toy Story,” for which he won a Special Achievement Award at the 1996 Academy Awards.

Consumers are making the switch to streaming-based video services more and more, so producing quality kid- and family-friendly programming is of the utmost importance, and so is the search for gifted, groundbreaking children’s entertainment producers. With veterans like Lasseter and other notable creatives on board, Skydance Animation’s upcoming slate of projects is set to be a success.

The inaugural Apple/Skydance Animation film, “Blush,” centers around a stranded horticulturist-astronaut who struggles to survive after he crash lands on a desolate dwarf planet. When an ethereal visitor arrives, the lonely traveler discovers the joy of building a new life and realizes that the universe has delivered astonishing salvation.

The short film is written and directed by Emmy Award winning filmmaker Joe Mateo, who is best known for his work on “Bolt” and “Big Hero 6.” Mateo developed the movie along with the Skydance Animation team, which included Heather Schmidt Feng Yanu as producer and John Lasseter as executive producer.

“Blush” is but one of several productions in the works from Apple and Skydance Animation. The studios will premier two other highly anticipated animated features in 2022: “Luck,” directed by Peggy Holmes, and “Spellbound,” directed by Vicky Jenson.

The animation studio will also make its television debut with two seasons of “The Search for WondLa,” an adaptation from Tony DiTerlizzi’s book series by the same name. This expansive partnership will include several more feature films and television series that are yet to be announced.