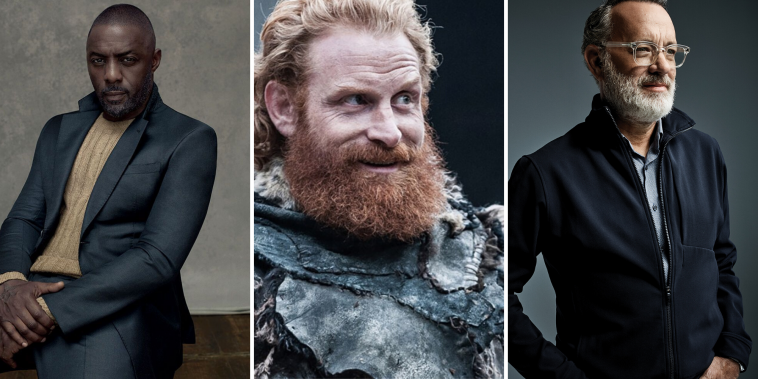 Everyone has heard of it. The Coronavirus. The Wuhan Virus. Covid-19. Kung Flu. It’s the most influential pandemic since the Spanish Flu back in 1918. It’s more common than pop-up ads in a mobile jackpot casino. Thankfully, reglardless of what the media hysteria is saying, Covid-19 only had a 3-4% mortality rate… which is either terrifying or relieving, depending on how you look at it.

Regardless, the final numbers are far from in, and in the meantime, while be bunker ourselves up in our homes to ride this plague out, let’s catch up on some tabloid news! Some very high profile celebrities have caught the coronavirus, proving that, in reality, everyone is human.

Known best for playing “Tormund Giantsbane” in Game of Thrones, the Norweigian actor tested positive for Coronavirus and will be self-isolating “for as long as it takes”, according to his instagram post about it.

“[My family and I] are in good health- I only have mild symptoms of a cold. There are people at higher risk… so I urge all of you to be extremely careful; wash your hands, keep five meters distance from others, go in quarintine… Together we can fight this virus and avert a crisis at our hospitals.”

Idris Elba, the british actor, writer, and producer, revealed on March 16th that he had tested positive for the Coronavirus.

Elba, who played Heimdall in the Thor trilogy, plus two avengers movies, has also played major rolls in The Wire, Lucifer, Pacific Rim, has voice acted for Zootopia, The Jungle Book, and Finding Dory, and starred in the acclaimed movies, Mandella: A Long walk to Freedom and Beasts of No Nation.

On March 16th, he tweeted, “This morning I tested positive for Coronavirus. I feel ok, I have no symptoms… stay home people, and be pragmatic… no panic.”

According to CNN and the BBC, Prince Charles- yes, that Prince Charles, heir apparent to the Throne of Britain, tested positive for Coronavirus. His wife Camilla, the Duchess of Cornwall, did not, however the two of them Self-Isolated for a week.

Prince Charles is already out of his seven-day quarantine after consulting with his doctor, and his wife will be out soon too.

Meanwhile, the Queen had not reported any sign of sickness, and memes about her immortal lifespan are soaring across the internet. That being said, any and all rumors about Queen Elizabeth’s supposed immortality are as of yet, unconfirmed.

Our second major British political figure on this list is none other than the big, blustering Brexiteer himself- Prime Minister Boris Johnson. Boris Johnson is the first world leader to publicly come out as infected, and has been leading the country via video calls from his Downing Street flat.

On March 27th, he tweeted, “Over the last 24 hours I have developed mild symptoms and tested positive for coronavirus. I am now self-isolating, but I will continue to lead the government’s response via video-conference as we fight this virus. Together we will beat this.”

At the time of writing, he’s still in quarantine from the illness, but thankfully it doesn’t appear to be a severe case.

This man needs little to no introducton, as he is probably one of the most acclaimed actors of all time, and is the fifth highest grossing actor in North America.

He’s starred in Big, Forrest Gump, Saving Private Ryan, The Davinci Code, the Green Mile, Cast Away, and so many more. He even voice acted the toy cowboy Woody in Pixar’s “Toy Story”. Tom Hanks and his wife, both in Australia, announced that they both had tested positive for Coronavirus.

The two were in self isolation after a weeks stay in a Queensland Hospital, but both have since recovered.