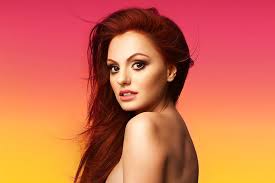 This week marks CelebMix’s five year anniversary so what better way to celebrate than to write about some of our favourite celebrities, this article is dedicated to Alexandra Stan and her brilliant singles.

Alexandra Stan has been in the music industry for 11 years now, and she has dropped many amazing tracks that we adore. She has had chart hits all around the world, sang in many different languages, and collaborated with some of the world’s biggest stars. She has four studio albums to her name with a fifth on its way and has released a total of 43 singles, including features and promotional singles.

Is there any other song that we should start with? This is the song that charted all over the world and made Alexandra Stan an international star. Addictingly catchy, “Mr Saxobeat” is one song many people will know off by heart. The song was played repeatedly on the radio and the music video was shown on many music channels. If you don’t know this track, you’re missing out.

What a lot of people don’t know is that “Mr Saxobeat” wasn’t Alexandra Stan’s debut track, instead it was “Lollipop (Param Pam Pam)” and it’s perhaps not what you expect from her. It’s tongue-in-cheek, sexualised, and upbeat. It’s so catchy it’ll be stuck in your head and we can’t help but laugh at some of the lyrics because of how metaphorical they are. The single was only released in a few countries, so we’re using the music video below.

Alexandra Stan – Thanks For Leaving

If there’s one song that defined Alexandra Stan’s career and her ability to flood a song with emotion, it has got to be “Thanks For Leaving”. This song was released after a difficult time, which saw her take her previous boyfriend/manager to court, accusing him of assault, amongst other things. She took all the emotion from that time and poured it into this song, and that’s why this is such an integral track. Her voice is pure perfection and she really manages to connect with the audience.

A summer club track like no other, “Miami” is a song we want to hear at a beach party or when we’re having a barbecue. This song is the perfect summer track, and so we weren’t surprised that the Neversea festival chose it for its official theme, only with some lyrical changes. It’s the perfect summer club tune that easily whisks us away to the beach in the summer sun.

Alexandra Stan – I Did It, Mama!

This probably isn’t the most creative chorus, but we have to admit it’s catchy, you’ll be singing the title of the song, on repeat, for the next few days. What impresses us the most is the bridge towards the end of the song, it exposes her vocals beautifully and she adds extra emotion into that part, that just grabs the attention of the listener, which totally makes up for the simplicity of the chorus.

What are your favourite Alexandra Stan singles? Let us know on Twitter @CelebMix.