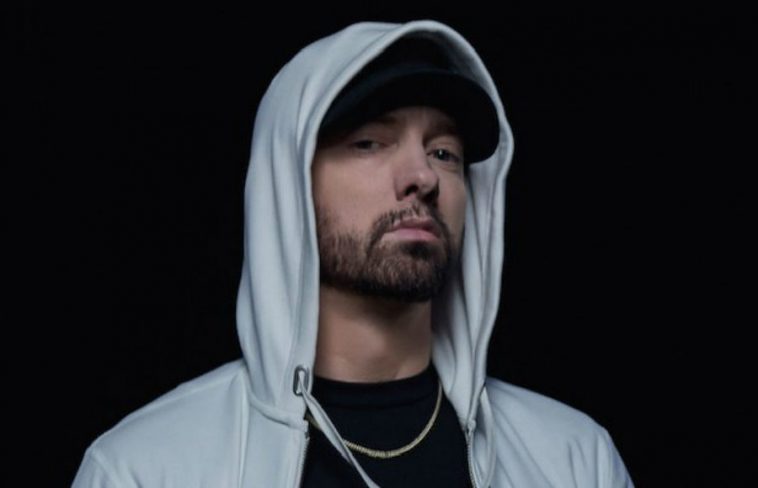 For this article, we have decided to share with you our top five favourite performances by Eminem!

At the MTV Europe Music Awards in 2013, Eminem received the prestigious Global Icon Award, to celebrate his successes over the years. During the ceremony, he gave one of his most epic performances of his hit “Rap God” (2013), the third single from his eighth studio album “The Marshall Mathers LP 2” (2013).

“Rap God” seems like such a hard song to pull off live, especially because of the noteworthy ‘supersonic speed’ verse, but Eminem pulled it off in spectacular fashion. He was on absolute fire throughout the performance – he sounded great and his flow was undeniable. The fast part of the song is of course our highlight!

Eminem delivered yet another flawless performance earlier on in his career, during the MTV Video Music Awards in 2002. He performed a medley of two songs from his fourth studio album: “The Eminem Show” (2002): “White America” and “Cleanin’ Out My Closet” – the album’s second single.

His entrance to the stage has to be one of our favourite introductions to any of his performances. Eminem makes his grand appearance stage in a US government-esque setting, as he begins the performance with the first verse and chorus “White America”, while men in the background, dressed as senators, begin to throw paper airplanes at him.

“Cleanin’ Out My Closet” then kicks in, as Eminem then proceeds to takes off his shirt for the remainder of the performance. Talk about awesome!

This performance is so special and is going to be remembered in years to come. In 2003, Eminem notably won an Oscar award for “Best Original Song” with “Lose Yourself”, taken from his 2002 film “8 Mile”. However, he was notably absent from the ceremony. This performance of the track at this year’s Oscars made up for the fact that he was not able to deliver the song when he first nabbed the award.

Another noteworthy aspect is the fact that performance was a surprise. No one knew that Eminem was planning this until he made an appearance on stage, right after a video was shown showcasing music in film over the years.

Eminem’s delivery throughout the entire performance was exceptional: he kept everyone in the audience on their toes, singing along to every word. The entire affair was so powerful and continues to give us goosebumps. After he finished, Eminem was also awarded a standing ovation from everyone in the auditorium.

Just missing out on our top spot, is one of the best performances to have ever graced the MTV Video Music Awards. Eminem took to the stage to rap “The Real Slim Shady” and “The Way I Am” – two singles from his third studio album, “The Marshall Mathers LP” (2000) – and he wasn’t doing this alone.

Joining him was several clones of himself, as he began the performance just outside the Radio Music Hall, where that year’s VMAs were being held. As he begins to make his way into the venue, the clones join him, as Eminem proceeds to walk down through the audience to make his way onto the stage.

After “The Real Slim Shady”, Eminem takes to the stage with an aggressive and powerful performance of “The Way I Am”, as he takes aim at the critics who have misjudged him along the way. The execution of this performance is iconic, and will go down in history as one of Eminem’s greatest performances.

Our favourite Eminem performance is his rendition of “Stan”, the third single from “The Marshall Mathers LP, at the Grammy Awards in 2001.

This performance was notably in response to backlash Eminem had received against his lyrics, with many accusing him of homophobia. In response, he decided to perform the track with Elton John – who is notably a member of the LGBT+ community.

Everything about this performance is so powerful. Not only is Eminem’s performance raw and incredibly moving, but it’s also a massive “f*** you” to the critics who doubted him. He and Elton also have amazing chemistry together, and his voice fits perfectly on the song.

What is your favourite Eminem performance? Let us know over on Twitter @CelebMix!