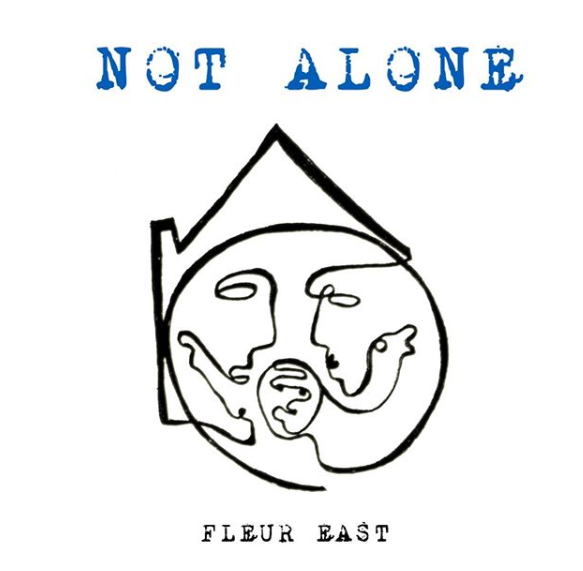 Popstar Fleur East has released a new song called ‘Not Alone’, with all proceeds going to the NHS Covid 19 appeal.

The track was written by Fleur and produced by Edward Sokolowski, Lloyd Hinshelwood and Ryan Griffiths. It was inspired by the current COVID-19 pandemic with the idea of staying at home and was originally a rap which was performed on The One Show. A music video in which Fleur made at home is also set to be released.

Taking to Instagram on 9th April, East said ”The response to the ‘stay at home’ rap has been incredible! I’ve decided to make a full version of it and release it, donating 100% of the profits to the @nhswebsite Covid 19 Appeal. So, ‘Not Alone’ will be available tonight at 7pm across all platforms. Tune in to @bbctheoneshow tonight at 7pm where there will be an exclusive premiere of the video, shot from home. It’s important that we play our part and do all we can to help support those working on the frontline to save lives and get us out of this mess! Let’s come together and spread the word for our amazing workers and carers. We are all in this together. You’re NOT ALONE”

Fleur first rose to fame when she was runner up on The X Factor on the 2014 series. She was also the first contestant on the show to have a number one song on the iTunes chart during her time on the show, when her version of ‘Uptown Funk’ hit the top spot. This was even six weeks before Mark Ronson and Bruno Mars officially released it in the UK! Single ‘Sax’ then followed which reached number 3 on the Official Charts.

Fleur has released two albums, including her latest, ‘Fearless’, released just this year.

Have you helped the NHS by purchasing a copy? Let us know over on Twitter @CelebMix!