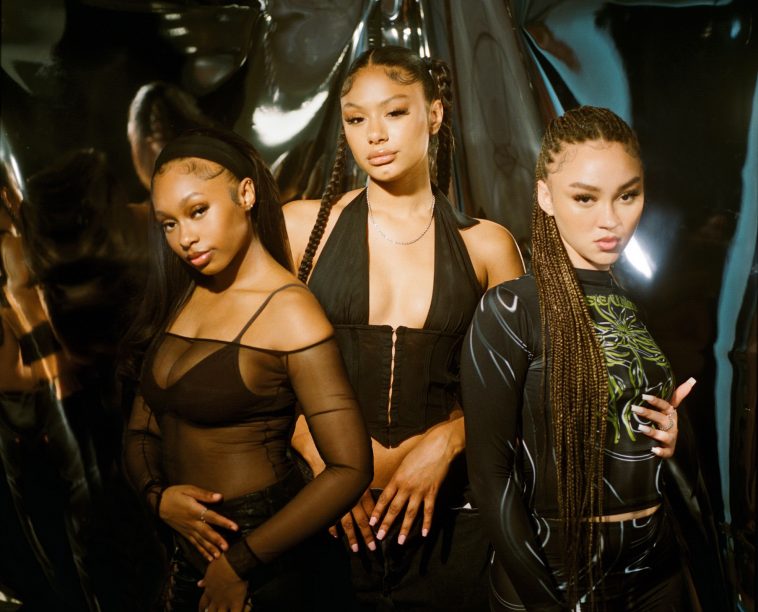 As they continue to establish themselves as the U.K.’s freshest and most exciting new girl group, FLO unveil their brand new single ‘Not My Job’ – a 90’s / 00’s inspired R&B bop that sees the London based trio take to task the people in their lives who are starting to get a little bit sloppy!

Produced by MNEK, the track was recently added to the groups debut EP ‘The Lead’ which dropped earlier this summer via Island Records, and features previous single releases ‘Cardboard Box’, ‘Immature’ and ‘Summertime’.

In a press release announcing the single, Renée, Jorja and Stella say in a joint statement: “We are obsessed with ‘Not My Job’ and feel like every single day we say: “it’s not my job” to someone. Everyone solves issues other people have created, whether it’s in a romantic relationship, family drama or at work, and sometimes you just gotta say… it’s really not my job. It was pretty cool that Kelly Rowland came into our session when we were putting the finishing touches on our vocals with MNEK in LA. She knows the job!”

Listen to ‘Not My Job’ below:

Alongside the release of ‘Not My Job’, FLO have revealed they are to follow in the footsteps of Billie Eilish, Clairo, Khalid and Bad Bunny by becoming Apple Music’s Global Next Up Artist – a monthly program published by Apple Music aimed at “identifying, showcasing and elevating rising star talent”.

The ladies are also set to take their act on the road next month, playing their first ever headline show at the legendary Jazz Cafe in London on October 12th, followed by a supporting performance for Mahalia on October 18th at the Moth Club in Hackney, East London.

‘Not My Job’ is available to download / stream now.