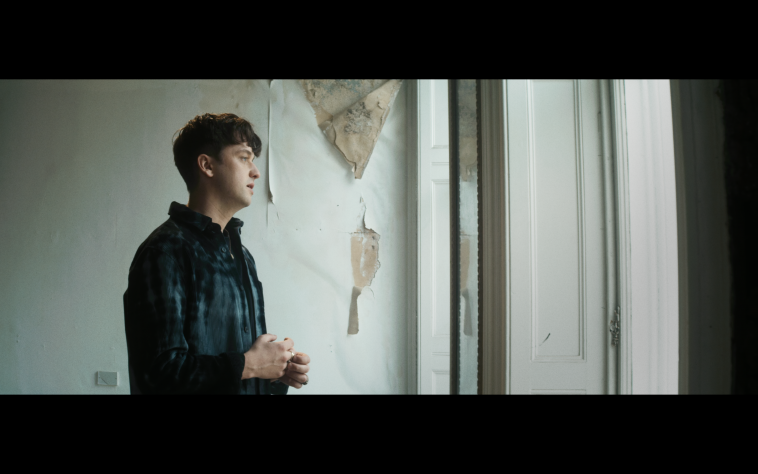 Coming off the back of a massively popular audible release of “B-Side” earlier in 2020, which saw the Ireland native accumulate almost 300k streams in just a few weeks, and additional placement in six global Spotify New Music Friday lists, ‘The Pop List’ (Spotify) and ‘New Pop Hits’ (Apple) across the board – Flynn has returned with the visual portrayal of his newest anthem, which sees the artist parade around a big derelict house in West London from daylight to evening encountering various musicians and characters in different rooms as he roams around.

Speaking on the release of the music video, Flynn explains that We [Flynn & his Director Simon Lane] shot the video in an abandoned hotel in Lancaster Gate. “I didn’t really know what to expect because it all happened very last minute,” he continues, “but as soon as I saw the place I knew it would perfect.”

Throughout the process, Flynn also learnt that one-shot videos aren’t as easy to pull off as they look. “Working with Simon and the rest of the crew made things really easy, they were all incredible on the day!” Flynn emphasis on the creation of the video.