According to Tyga and his management, the 26-year-old contacted O’Malia, an aspiring singer/model, for business. He thought she could be a suitable candidate for  Last Kings Records.

The speculations started when OK! magazine published private Instagram messages between 14-year-old O’Malia and Tyga, alongside a pixelated picture of the young girl.

Tyga’s manager claimed he only wanted videos of O’Malia singing. After that, he intended to FaceTime the young singer so they could talk about her potential career.

However, O’Malia says that the messages Tyga sent her weren’t about music at all. Yesterday, she read her statement during a press conference.

“The truth is that Tyga contacted me first. He direct messaged me on Instagram. I knew who he was but I was surprised that he was contacting me. I thought that it could possibly be about my music, but he did not mention that in his initial communication with me. I thought that was strange, but I was thinking he would bring that up in his next message to me. However, he didn’t mention it in the next message. I began to feel uncomfortable when he asked me to FaceTime with him. He asked me to FaceTime three times, but I did not do it. Because of my discomfort with why he wanted to communicate with me I quickly stopped responding to him. It’s crazy how so much can come out of nothing.”

Tyga’s management also alleges that O’Malia told Tyga she was 17. 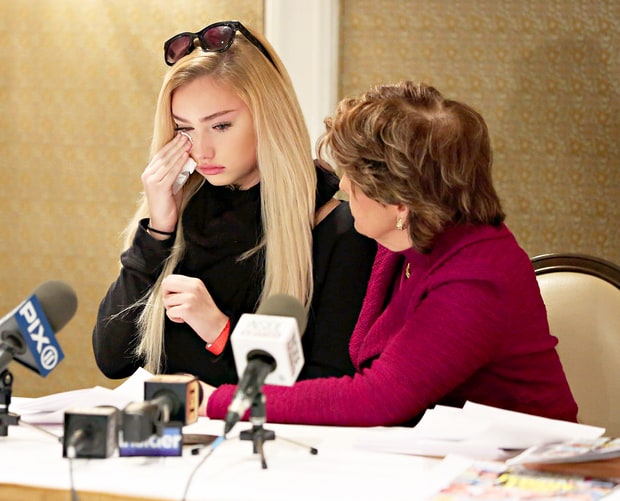 While Tyga has repeatedly denied harassing the girl in any way, the O’Malia family stands by the opposite.